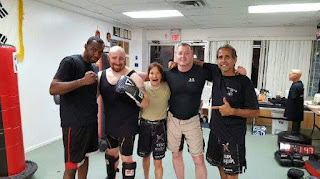 “Sometimes the thing you love the most, can do the greatest harm.”---Titans Head Coach

As my daughters and I ate dinner; we chatted about a variety of contact sports with reference to Damar Hamlin’s condition. And my having been a fighter.

”So, it’s okay that we want to see someone get killed or get their head bashed in?” My youngest commented.

“That’s not always the case.” I volleyed.

“I do understand that. And I do know most people are interested in watching the excitement of witnessing a crash or incident of some sort. Or so we think.”

“Why else watch people drive that fast in circles?” My oldest interjected.

“Because it’s about showing how fast we can go with control. Although, I don’t understand it. Because to me it’s a waste of fossil fuel and quite polluting.” I added.

“But no one has to do contact sports that are dangerous. I see it as unnecessary.”

“Its about a few things. For me, first it is technical skill in fighting that I now watch for. Second, it may be in our blood. Competing in fighting has helped me. And has helped men I know.”

“Mom you grew up in…” She aimed that I’d grown up in suburbia New Jersey not a war zone.

“Sure. However, I come from two warring parties. And there is something there that eventually over the generations may fade out. But…” I replied.

“How does that equate? You’re not that now.”

“How do you know, what I am?” I realized then I had to cut myself short and keep a filter on. I don’t think my daughters understood my aggression or what I’ve been through. Neither do I want them to understand it either. They are their own people. As well, they have different DNA than I.

“For me it always was.” I paused, “There are those of us who need to do these contact sports as outlets. It’s just the way it is for a small percentage of us.”

She didn’t get it. How do you tell your children that you’re disciplined; but that you have had and still have the fight in you? A fiber in you where you need to express your aggression legally and as safe as possible. How do you do that?

I can say most people do not understand fighting or the fight world. Nor the grind you have to go through to make it to fight day. There is a grind within any sport that you want to get your fullest potential out of and perhaps win in. Any sport that you need to train twenty hours or more, it is a grind. I trained twenty-six to thirty-six hours a week when I grappled and fought. Too, when I trained for ultras and adventure racing (2001-2008), I was running three of four weeks with the running mileage 130 – 230 miles a week. I held a full-time job while doing all this. And when I fought and grappled competitively from 2009-2016, as I also was still raising our daughters. I got very little sleep.

In my previous Athletic events of long-distance running and marathon racing I was running 90-140 miles a week. Which I’d kept the mileage that high from 1986-2000; then took a nine-month rest going down to 70-80 mile weeks in 2007. I do know that most people can not grasp a life of a middle-class wife, working-mother, who has an athletic career on top of all that.  But it is doable.

You go to the kid’s games/events, ballet lessons, take them to the zoo or park regularly, play with them. Never telling them you’re exhausted or in pain because you chose the life you have and you chose them. You just are enthused enough to lack sleep most nights, so you can train while they’re sleeping. And you work mostly when they are in school. And your spouse and you split cleaning duties and other shuttling responsibilities for the children. You don’t have time to think about any of your needs. You just cook, clean, help and hug your family. Because life is short and not everyone gets to have a family or a full life.---Jody-Lynn Reicher