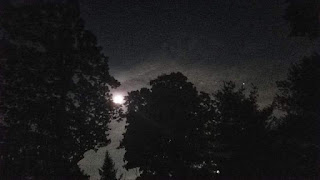 I thought of this phrase ‘no where’ as I lay in bed the eve of January 1st sliding into the second day of 2023. Then when I awoke hours later in the morning of the second day, and there was nothing there about that idea. Originally I’d had the idea to write about ‘no where’. In the morning I typed ‘no where’ onto my laptop and saved the title. Which at the time was going… ‘no where’.

I set it aside to work on other film ideas and the like. Even that was beginning not to pan out. So, I went for a run, folded laundry; then settled in, to find that ‘no where’ was not what it had been at one in the morning. I listened to a filmmaker. Then called a friend who’s a writer and producer. Alas, she too was in some sort of odd transition in her creativity.

This morning ‘no where’ came to mind. The night before it started with the thought, where am I? If I was something, who had I been? Had I been somewhere, and now I was void of being that somewhere? I felt no where. No where is where I’ve always been. You can be something. But that something is gone when you are around people who either don’t recognize you are there. Or are too filled with their own self-loathing that only hatred abounds out to the world from them. And your something matters not.

Actually your presence irritates them. It’s as if your somewhere aggravates their no where. Little do they know we are all no where and somewhere at different times in our lives. Some suffer more with who they were, who they’ve become and who they are now. Some people do transitions eloquently. With not even a butterfly’s winged ripple across a pond. They blend so well, that you didn’t know that either wind or butterflies existed.

This morning as I watched the beginning of four days of rain tap my kitchen window. I realized I’d witnessed a similar weather pattern twenty-eight years ago. And how back then, I’d felt being a new fulltime massage therapist. Whereas I’d just walked away a few months before from a more potentially lucrative paying job in a financial budgets and planning department.  I was liked. I had great bosses. And I was paid well. The work was worthy.

But due to an assault I had to change my career. Because standing was the option for me to have less pain. Yes, I changed my career path because of pain. I was considered old for making such an entry, compared to others around me. Hec, my boss was about twenty-one years old, running a shop inside a fitness gym. Here I was nearly thirty-two years old at an entry level position. I knew I’d never belong and didn’t care. I’d always taken orders from others most my life.  I saw it as an opportunity for growth, listening to others. Doing what needed to be done, no matter what.

As I worked back then, I’d come and work for free often to build up clientele. Yes, on weekends and holidays too. Besides I always liked to work. It’s who I was, had been and perhaps always will be. Making myself useful because I was never a something. Quite often felt no where and knew I’d not ever truly belong. So, the night before last I realized that I was always no where.

I wondered what brought me to that thought that night. Then I realized it wasn’t just intuition. It was, I reckoned how many of us do not regularly recognize that we just may not be the only world of ‘people’ with souls. That there are capacities for us and others beyond our wildest imaginations that I believe exist. And they exist somewhere, we cannot see them with our naked eyes. And our arrogance, our religions, our society tells us that our arrogance and their arrogance are correct.---Jody-Lynn Reicher