Death in the Distant Future... 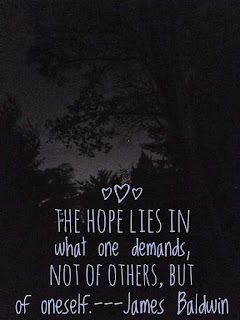 Death in the Distant Future…

Or at least that is what its supposed to be. We don’t suppose people should die at a certain age. We will witness suffering; but we know it gets better. So, we’ve been told. Or so, we have hope that it will.

There are instances of mass tragedy. Sometimes we call that war—maybe insanity—perhaps terrorism… We have names for it, that type of death. Then there are the terminals. Things we think we can control—once we know the enemy within.  Or things we follow, pray for, aim for. We hold hands for it. Or we choose to suffer with the suffering because it matters. And it doesn’t matter how it matters.

Then there is some form of Universal Order. A tainted weird line of fate. Perhaps mathematically calculated in everyone’s existence. No matter how great, how menial a life on earth may appear there’s a geometric wave—a pattern. We can involve other mathematical ideologies—Fibonacci, perhaps. And each of our lives are formulas. Formulas appearing misunderstood.

When the tainted weird line of fate strikes—it appears out of ‘left field’ to many of us in the living. Especially if a being is considered young, healthy, and so forth. Our presumptions of ‘young’ vary. I believe sometimes we are born spiritually old. Sometimes we are born just for thousands of lanes of purpose in a short time. And anyone of those lanes strikes each one of us differently when someone is taken into a state of unknown abyss.

Gone into the abyss of who they were here, lively, young—and now they’re not. A sudden shift of a tidal wave of everlasting geometric force has turned our world on its head. We need to know not to ‘get over it’. But to go through it. For it would be selfish to not go through what has already been shattered. We cannot always pick up life’s shards of glass once shattered. But we can put together part of a mosaic of stained glass with those that are still alive. We can do this—because it’s about the collective of the infinite soul. My mother once told me that a wedding band is infinite love. Because the circle is continuous. It has no end. So too, is the infinite soul which does exist in infinite ways.---Jody-Lynn Reicher