Bad Water and the Axis of Evil 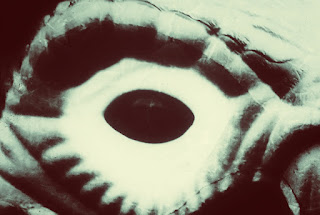 Bad Water and The Axis of Evil

Sounds like a monster—movie, doesn’t? As I sat in a friend’s office we chatted for an hour about society, behavior patterns and such. She, a new grandmother not nearly age sixty stated,

“You know what I’ve noticed around this area?”

I replied, “What would that be?”

“There are quite a few children nowadays with disabilities in our area.”

“Yes. In my town we have a great child-study team in our school system. We also accommodate many of the county’s hearing impaired children. And with that, may come other ailments with the hearing-impaired children. And perhaps some people move into town for better access to such services.”

“Yeah. Now are you ready to hear why else that may have that influx in our town along with a few of the surrounding towns around us?”

“We have been advised by our water company that our drinking water is not potable to pregnant women, the elderly, small children, neither the immune-compromised. And the cancer rates are high for our little town.”

In the title here, I’m comedically using the phrase “Axis of Evil”, used by our 43rd POTUS George W. Bush. It is to demonstrate how many of us may feel overwhelmed. Perhaps even apathetic at so much bad news at the same time with things we may or may not be able to control. The axis of evil I see, are some back seat drivers convincing people to forget about what truly matters. These people who have or had much power, are wielding it to destroy democracy for their own egos. They are convincing some that others are to blame. That all the problems, some quite common and normal in society are somebody else’s fault. That it’s not about greed, nor power. But you see it is all about greed and power. When people invite hatred and intolerance.  And use their power to submit a country because their ego has been bruised by not winning an election it imparts evil doings on a global scale. Which includes the mishandling of the safety of our drinking water.---Jody-Lynn Reicher