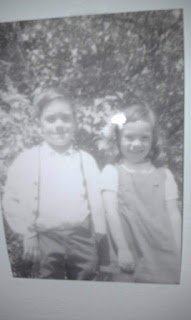 3rd And 4—Still Loving the NFL

I’ve been watching Professional American Football games since the end of 1966. No, not with my dad. But I started watching those games with my older brother. Why? Because it was Wicked Man! Like Cool! And only the cool people knew just how cool it was.

If you couldn’t sit there and watch a bunch of guys go head-to-head for your entertainment; then who were you anyway? So, we’d thought. My mother was a ‘real’ girl. She wanted nothing to do with such violence. My dad barely watched NFL games. And for some reason he’d preferred watching Professional Ice Hockey games. I’ll say it was to see an unscheduled fight break out. Because he thought that was how ‘real men’ acted.  You didn’t take a shove on the chin. A real man let it bother him and subsequently took care of business by retaliating with brute force. So, it seemed his thinking.

My brother and I loved the NFL games. We’d watch them, then we would apply the plays we witnessed to our unorganized football game’s plays. We’d get about eight or more guys together and play pick up football games on a Saturday and sometimes on a Sunday too. It was a good time and place to rough-house without Mom hovering around us. If she’d ever witnessed us doing this—it indeed would have freaked her out.

The risks you’d take on 3rd down and 4 yards to go, were incalculable. When that time came, my brother would become Daryle Lamonica, a.k.a. the Bomb. For there were no first downs on the merely fifty yards or so field size we’d played on. Each team got four downs per possession to get a touchdown. There were no three-point field goals. Nor were there the extra points kicked and tallied up. Back then, ‘No Roughing the Passer’ didn’t exist. It was sort of like—Kill the Guy With the Ball. Which truly made it more entertaining. That was because my brother was super-fast. Unlike me, my brother received all the fast genes from any of our ancestors who had them.

And the only things that were fouls were: Offsides, Holding defense against offense lines and visa versa, punching, tripping, kicking your opponent. And if we’d included a count of four Mississippi due to not enough players; then we had penalties for that violation as well. And the one steadfast rule—You didn’t complain about something frivolous like your new knit sweater getting stretched out because it was the only way to grab you in a tackle. Once you whined or fussed over something frivolous, not letting it go after two mentions. Basically, you were considered the ultimate pussy and weren’t invited to play in future football games. Cause man, how could you be a professional football player like us?---Jody-Lynn Reicher