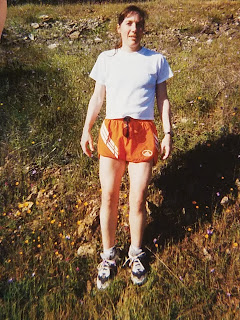 “T-bone, the ladies are gonna’ love yah.”--- Jerry Seinfeld to his friend George.

This line is from the 175th episode of Seinfeld “The Maid”. Jerry’s friend George is sick of being called George. Albeit it’s his given name. George wants a cool nickname. But no matter how hard he tries to get his self-selected nickname ‘T-bone’—it never holds for George.

Something tells me some of us go through life truly not appreciating our given birth names.  I know people who’ve gone and spent the money, having their names completely changed. Yep. Usually, they are unmarried and do not have children—I’m speaking of the ones I know who are not famous. Most that I know personally are women. I didn’t come from that, neither the money to have that ability to do such. Although getting married and staying married helped with half my name.

Even upon birth my name was doomed. But that’s not really where it all began—it began at least in vivo. Yep, “I was busy running laps in my mother’s belly. I was like, ‘Get me out of here!’” I told running coach Tom Fleming the story about thirty years ago. He told me he believed the story. I safely ejected from my mother’s womb into Dr. Loman’s hands after about twenty minutes of labor—my mom’s that is. It was a head turner according to the medical staff. Headfirst too. That’s how I normally approach most things.

The other shocker, really to my parents was—ehh hmm. I wasn’t a replacement for one of the two sons my parents had lost. Oh well. They scrambled for a name. My mother insisted I not be named after her. “Too tragic of a figure”, she noted to my dad. He gave her a little guff on that. He told me that when I was age forty-one.

As a child late at night as I was to sleep—I’d fantasize saving the world. Then pray and ask God to help me help others. Fight wars I would, I prayed. Yeah that was me as a seven-year-old. My parents never had a clue , honestly they didn’t. I’d pray for God to make me like that Biblical person I’d admired. This was something I’d never revealed till one day at age forty-three I was on the phone with my ultra-running coach and friend Dante. We were talking about logistics and what I was about attempt. I was so nervous six weeks before the charity event I’d created, that my palms were sweating endlessly most days when not running or working.

I’d get chills and sweaty palms. So much so it affected the skin on my forearms—they were getting rashy. I even spoke with my internist about it. He felt it was all the washing I’d done in-between sessions with clients. It was making me drink more water per day than I could remember. The skin on my forearms was painful to touch by midday at work, I’d nearly howl in the bathroom in between sessions as I washed from elbows to fingertips.

As Dante, he in Florida and I in New Jersey spoke on the phone about the charity event—

“You know who you remind me of?”

“You ever been to Florence?”

“No. And never been to Europe at all.”

“There’s a statue of King David. It reminds me of you.”

“You need to get a picture of it. It will give you courage.”

“I have to tell you something Dante.”

“Yeah. It gets even weirder.”

“Yeah. I found out about ten years ago that my parents were ready to name me David upon my birth. But then, I came out a girl. The way they ended up calling me Jody-Lynn, was that the name is from Texas.

“Well, I don’t know her. But my dad and mom were friends with this couple in San Antonio. Their daughter was named Jody-Lynn. Evidently, my parents adored her.  So, I was then named after her. She would be about five to seven years older than I am  now.”

“Gets better. So, my Uncle David I never met. He died at age three. I was to be named after him.”

“Wow. You had no clue about all this?”

“Not till I was in my thirties.”

So here I was given a name that right from the beginning was an issue. The priest who was to baptize me didn’t like it. He gave my parents a hard time. The hospital didn’t hyphenate my name as my parents desired. So, I was never given a middle name by my parents. Too, on every piece of paperwork that is legal my name is incorrect. The government gave me a middle name. The one my parents didn’t desire me to have. Before age eleven we moved to a small town. The name harmed me more than helped me. That’s a story in and of itself. No one said my name correctly—they destroyed it instead.

As I went through my childhood I was called all sorts of versions of what other people thought my name was or ought to be. I put up with it mostly. It’s not that I didn’t care. It’s that no one else did.  And I understood that. Even when it was painful, I sucked it up. Just like I had everything else in my life.

If people don’t want to reckon with your existence. Make them swallow the pill. Be nobler than them. You don’t need a name for that.  And then when you’ve become more noble; let them know they’re wrong. Wrong about who you are; the world around them and so forth. Sometimes arrogant and bigoted adults need a good slam. And now, I’m a little less diplomatic about my name. I am too wise for other’s insecurities, arrogance and stupidity.

Now I correct people, whether it is how they write, type or say my name. And the only one I know who actually got it right, was Dante. He asked what my given name was in 2001, near forty years after my birth. And to hear Dante say it to me correctly on the phone or in a text/email always surprises me. It turns my head. Its as though I lost that part of me; till he reminds me. And then it seems so foreign.---Jody-Lynn Reicher