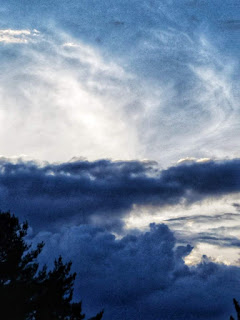 Here we are for my 60th Christian New Year’s Eve, and Barbara Walters has passed. I have to say I have had mixed emotions about the news icon. And no, I will not call her a female news icon.  That would be diminishing to her to put her in such a bucket.

My mixed emotions about her are only based on her interviewing, or shall I say the promotion of a murderer by interviewing him. I will not place his name here, use your imagination. I knew people who were affected by him. Once she interviewed him, I temporarily could no longer take Barbara Walters seriously as a reporter. It took me a while to come back and watch her. I eventually watched her again, because it was for women. Only a few people heard me say which interview it was and how I felt about it.

This piece is not all about Barbara Walters breaking the glass-ceiling for women as a reporter and such. It is a piece about how it wasn’t easy to deal with getting there. Getting to the glass ceiling before even touching it. What ever your glass-ceiling may be.

As I sipped my coffee this morning, knowing I have to step away from a project and expand my film and writing’s horizons; I realized that the glass-ceilings that a person like Barbara Walters had broken would remain a constant fight for women and minorities. Still to this day, as we enter 2023 A.D. we are behind the times that we should be in. Racism still abounds. It’s still alive. It still effects my soul. It is so  painful that it makes me want to run into a cave, curl up in a ball and cry myself to death. I suffer and we all suffer deeply because racism still exists.

Racism is the one thing I’ve always wanted to champion. I’ve always wanted to thwart. One would wonder why. Since my appearance is as a white, Anglo-Saxon type of a woman. I know I am much more. I hold some secrets from my family history. I haven’t told many. I haven’t shared them even with siblings. My husband knew though. With all that, I only had come to that knowledge well into my adulthood. Oddly enough my soul feeling of wanting to annihilate bigotry seemed born at age five, or somewhere around then.

Going back to the glass ceilings that others have broken. Some were terribly harsh, not the people but the path those people had to walk.  I never thought I’d broken glass ceilings of any kind all that much. Yet, as I stared out the window as I do in our kitchen every day for a minute or two they come to me. They are those thoughts of what I’ve accomplished. I know I am unique. We all have that in us or at least the potential to be unique. Especially, if we reside in the United States. At least for now. I say that because we’ve had setbacks recently. It’s a constant fight. As I research and write about other galaxies and things far away from our conscious minds in a fictitious way. I only hope there is more intelligent life out there with a more soulful understanding of how to annihilate racism, bigotry, misogyny and the like.

So, this morning I decided to reflect on people I’ve  met. Some I’ve helped. Some I’d interviewed for books, screenplays, and the like. Knowing privately  that some of them have broken glass-ceilings. Whether it was due to gender, race, religion, age or sexual preferences. Some I hold their secrets, not just upon request. But because they are precious, and they are human. All this helped me this morning to reflect on the glass ceilings I’ve broken with others and the glass ceilings I know I’ve broken alone. It made me reckon with what I thought I’d never accomplished, which I now realized I had. But it wasn’t easy. And I’m still in the trenches. Hopefully, you are too.---Jody-Lynn Reicher