Everything Bizarre Happens in Long Island 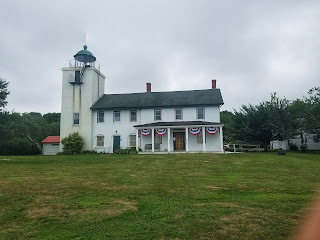 I laughed hardily this morning as a local comedian posted a hysterical line on social media. It was about the now, perhaps becoming disgraced, elected, Long Island official George Santos.

“Bizarre things happen in Long Island.” I said to our twenty-year-old this morning as she got ready for work.

“What do you mean Mom?” She decried.

I laughed as I explained how even the Democrats let this guy fly under the radar.

“…Funny, I would have never thought of lying even a little bit, to a point where I was told by a psychologist, well-known in her own right… Who wanted me to be an activist for a man running for office years ago. She said, ‘Don’t ever get the idea you could be a politician. You’re just too honest. And not like anyone else I’ve ever known’.”

Then I explained to our twenty-year-old daughter the Amityville Horror story, the Long Island Loliita story, just to name two more after the now George Santos story.

“Yes, there are others.  But those are the ones currently stuck in my mind.  You should look him up. Then look them up. They are at the very least entertaining.” I added.

I took a quote from a client who was one of many a New York Lawyer years ago that I’d treated.

“Everything bizarre happens in Long Island first.” She stated one day.

Yep, most bizarre things happen in Long Island first. This New York lawyer explained on my treatment table many years ago. As I queried her.  Thinking that was a bizarre thing to say.

“Yep.” The New York lawyer volleyed back with total assuredness.

Then she began to name bizarre stories and people. We laughed together that day, as she’d convinced me of her truth. Evidently, at the time she was correct. Which was stalled only a little bit in Virginia by the Lorena Bobbitt case.---Jody-Lynn Reicher