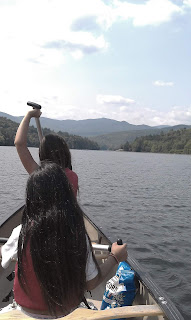 Can you imagine that just maybe the human race is just that? A species of its own? When you look out at the night sky have you ever wondered about other galaxies? Like the ACO2744, a group of 500 galaxies. Too there are galaxies that are a few hundred million years old.

Now consider how vain we are to believe us humans on earth are the only possible form of a higher thinking over all other creatures we know on earth. And that we are the highest source in finality of thinking, being, inventing and so forth. Except perhaps as a Supreme Being that may have made an even more advanced group of thinkers and doers than us, who may be living light years away.

Perhaps there is a species like humans whose average I.Q. is 350, which actually exists. And that their form of a M.Vos Savant has a 1,000 I.Q. Imagine that.

When you begin to read science and question what else exists infinitely beyond our solar system... What is in our universe? Or why would it take 62 trillion miles of travel to reach another place? How come we aren't asking these questions, peaking curiosity in our children from K-12th grade every year in public schools? This is what we haven't done enough of. Neither have most of us done this as parents.

As parents, we have been too busy in fear, assuaging our true parental responsibilities with indoctrination. For if we do not indoctrinate our children the way its always been done; then what will our neighbors think?--- Jody-Lynn Reicher