The end of the world as we knew it 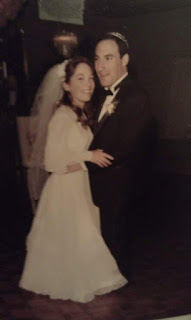 As I drove and listened to the news this morning—mostly noting tragedies of the world delivered to my soul. A song rang out in my head. “It’s the end of the world as we know it…” The line repeated itself over and over again—inside my little mind. Sitting at a red light—I responded with the larger part of me, “Sure is.” The odd thing is no one would understand how funny that is—the acknowledgement of realizing what that actually means to me. By the way, I’ve not ever liked that song. Why it popped into my head—?

When I drive I might listen a CD if I know the words and am in the mood to sing to it. Yeah I sing in my car. Singing in the shower is too expensive and if you reside in our little town—well the water coming out of the faucet is sub-par to your health. But hey, it’s only smacking your skin—the integumentary system which is the largest body system of the ten we have—And Oh. A little note, it’s the most permeable. So, most days I do the two ten second smacks of water per day—you know get the permeable substance wet—then rinsing off the slightly unperfumed ‘Hope I don’t die from the triclosan that hasn’t been registered in the product by the FDA’—along with the perfluorooctanoic acid streamed to you live. But I digress.

Truly, when alone in my car its usually one of three things: total silence—love that; public radio—New York City style, unless driving up towards Buffalo on 17 West and 81 North through five snow squalls—Then listening to the radio makes me feel like I’m in one of the pieces I’m writing about—a dinosaur attack on the world to shake things up a bit and eventually—well I’m not going to reveal the ending. And the third thing I may listen to—is opera and or classical piano and the like. For those of you who think they know me—Yeah you’re shocked.

People are always surprising me. Years ago, an old boxing trainer, who grew up with Calvin Klein, Ralph Rueben Lifshitz, and the Marshalls—Yes, Garry and Penny, the filmmakers. The stories I’d hear when Steve would tell me to rest.

“You know Sugar Ray Leonard had the only Plum colored car from Ford?”

I’d look at Steve awaiting him to give me a scolding or reshow me something against the bag. “No, I didn’t know that.”

Steve would continue, “Good tipper. I got to wash Sugar Ray’s Plum colored car. You know Ford made that color just for Sugar Ray.”

My mind would begin a ‘Wow!’ and the bell would ring and back to a three-minute round of doing exactly what Steve told me to do.

One day I was given the key to a boxing gym. It was the fourth time someone gave me permission to lock up a gym. It was the third time someone gave me permission and a key to come and go as I pleased in their gyms. Yep. Why? Maybe because as one owner said, “You’re such a mother.” After I’d gotten supplies and diplomatically stated, “I don’t mind getting cleaning supplies—‘cause man you need them. And I’ll clean the bathroom when I see it a mess. However, ‘ladies’ (aimed at the mostly male population) please clean up after yourselves and I’m cool with cleaning.” Yeah, so when I walk into a fight gym I check the sink, toilet(s) and so forth. I’m a bit of a germaphobe, so if I see something—I clean it or fix it when it comes to drainage—Even if I don’t own it.

Another owner who had been a Bronx cop said,

“Give me your phone.” We were alone in his gym later at night.

I’d only been there a few days. I plugged in my password and handed my phone over to him. “Anything you don’t want me to see?”

I replied, “Nah. I’m not entertaining.”

He wagged his headed looked down at my phone and thumbed through all the apps.

After a few minutes he stated, “You are loyal and good friend. That’s all good.”

He handed back my phone. I opened, closed, and taught for him soon after. I trained for free. I stopped gossip when necessary. That’s just how it goes in my little world.

One Christmas time, one of the gyms I’d get some training in with one of my old grappling partners. Days before Christmas the owner walked over to me,

“You need to train on that double-end bag, right?”

He hands me a key. “This is so you can train here. I won’t be in for most of the week. Most the clientele are away.”

This giving me a key to fight and training gyms all started—when I’d covered for a gym owner when he was struggling in nearly every aspect of his life. I cleaned the entire fight gym, not just the bathrooms. He was a bit stunned. When asked why I replied,

“’Cause, like no one needed training. And guys were tired after I wrestled them and stuff. And well I had to keep the gym open till near one to keep everyone happy. So, I had like an hour. And I know you’re going through too much.” I stood in his office as I explained.

I replied, “Gee thanks. So, like if Peter and I need to grapple and the gym ain’t open, we can anyway?”

He replied, “Yeah.” As he got up from his seat. “What I know about you is—you’re not like some. With you it’s always a two-way street.”

At the end of the day, it’s about kindness. My old fight coach said,

He continued, “You seem brutal; yet you’re sweet in your office. Certain people are afraid of you.”

I commented, “Now that’s funny—afraid of a 106-pound old woman that goofs around.”

He smiled adding, “You are a ‘goofball’. But I’d never want you angry at me.”

I nodded, “You know—my husband said the same thing to me the other day. Takes a lot for me to get that angry.”

What made me write this piece this morning? Because tonight marks the 3rd anniversary of the end of my husband’s world as he knew it. Which was the beginning of the end of that world as I’ve known it.---Jody-Lynn Reicher