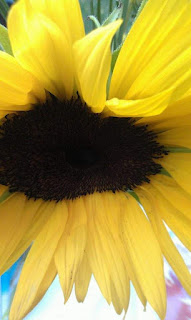 Nancy Pelosi and Condoleezza Rice two high achieving women. You know not everybody can appreciate that—but that is who they have been and who they are. I put them in the same sentence because they didn’t strive for the spotlight—they strived for change. Change for the better. One a Democrat and the other a Republican. Both have been disrespected. Both have been threatened, I know so.

I know that most people do not always use their ability to see another point. To temporarily change a view on any topic. Most people won’t budge on a mindset concerning religion, politics, culture, stigmas and the like. I’m someone that reckons with my views and the ability to flex my thoughts—be open to everything and attached to nothing.

It’s constant work to reevaluate your views to see if perhaps you should tweak them. Change them temporarily or alter them a bit. Why? Because at the end of the day—understanding or making room for understanding is the answer. The answer to true, enriched, fulfilled living. To peace—to hold the holiness of love within your vessel. That is or should be the end game. It is the projected calm in all the storms regardless of circumstances.

In a discussion with my youngest daughter this afternoon we began with, “Mom? What is the Dow Jones really?” I explained. She, taking an AP Macroeconomics class in her senior year understood my breaking down how one invests. When or when not to invest in stock, bonds, treasury bonds, money markets, IRAs. What’s conservative thinking in how one saves and protects—yet grows the funds they’ve attained.

Then we moved onto what the difference has recently been between a democrat and republican. What a moderate is. What a progressive is. What is the religious right and so forth. I explained how republicans before the Reagan era were about being fiscally conservative to run the country. Then the religious right with help of religious leaders, their children and their friends convinced the Republican party to have Reagan run on religion. That was the beginning of the end of what republicans truly stood for.

Many republicans prior to the Reagan era were moderates. I explained how George Bush Sr. was different from Reagan. Bush Sr. was a moderate—and that Bill Clinton was as well. Yet George Bush Sr’s son George Bush Jr. was more from the religious right in his approach and governing. I explained why some may call some democrats who appear more progressive to be called (an old term) ‘Bleeding Heart Liberals’. I explained to her all which has been twisted and taken out of context for greed. Yes for misguided greed. The democrats know we need some social programs to operate a more humane country.

I explained how my dad’s family back before FDR’s 2nd term were all Republicans. His paternal grandmother swore off being a Republican in 1933. Evidently FDR impressed her, she then voted for him in the next election and remained a Democrat. I knew my paternal great grandmother she lived till just before my eleventh birthday. Granted people in my family were split over the years when it came to who to vote for. I’ve been flexible up until the Republicans lost their way.

I could appreciate either side of thinking, so long as the extremes would be tamped down. If we could reckon with reparations to those we took land from—enslaved, sickened, murdered. If we could ease into having or creating certain social programs to help the destitute—those in tighter spots than we could or could not imagine. Whether we have had those experiences or not. What people seem to forget—it’s about WE. That is one of the ways how a free country survives—too, our freedom.---Jody-Lynn Reicher