She's Not Getting Over It.

October 18, 2022
There are times I want to just blurt out, "You have no idea what rape is! You haven't experienced it!  Belittling someone who's been through it, is truly something you should go to hell for. Yes. We, the raped would love to hide. But that would be a disservice to those who've been victimized...and to those who may be raped in the future. NO! We don't get over it! Neither will we.  So, get over your discrediting negatives you hold against us."

In speaking with someone today on the realities of rape which she was unaware of. I gently explained the process a victim goes through with the law. From victim's statement to discovery to indictment and beyond.

Then I described, what she also didn't know about losing relations, friends... How people avoid the victim.  Too, how the victim is pinned as the criminal. Yes we feel that.  Yes, this is what still happens. It doesn't matter what or how the rape transpired, it's still rape.

The other fallacy, is 'closure'. Let me wise-you-up: There is none... even if you win in court. You are still damaged. And it's permanent. Some physical, which is often misdiagnosed and/or ignored. It's exhausting. All encompassing. Especially, facing the rapist in court.

The victim's life is upended and many times never to be recovered.  The push pull of love and hate. Of wanting to be heard and wanting to hide away forever remains decades later. Yes, even after intensive cutting edge counseling, the damage is done and it remains.

There are changes that if the victim is capable of making them, It still is at a cost to them. To dig themselves out of the hole the crime has put them in.
I wish someone would tap into someone like me to hear the truths about rape, child molestation and the like.

But you see, no one wants to know the truth. Because then we would have to face fixing it. We would have to disassemble some in power. Some friends, relatives and so forth. Because it is painful for them... we avoid doing the right thing. 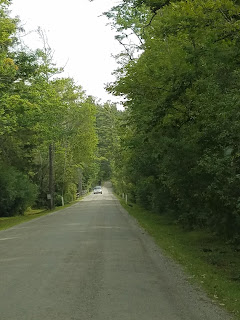 Yet, women and children remain treated as second-class citizens in our patriarchal old guard. To me, and for our society to advance, we need to change that. ---Jody-Lynn Reicher