Hatred Won't Save Your Soul 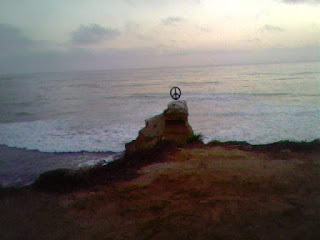 Hatred Won't Save Your Soul

I began to realize today why I was upset with the adults with the ability to vote in the United States.

Here I was a US Marine and willing to risk it all for these people and their offspring. I sat back and knew and know how I feel. Where my soul remains. Few people have this in them... or at least they discard the depth of what I hold in high standard.

In speaking with a priest ten years ago. We were discussing 'callings'. He understood what my calling was/is and that I acted on it. It still remains.

I'm upset because each one of us, has the opportunity to research, to read, to view, to turn the channel, to buy newspapers with varying opinions and facts, because we're Americans.

Yet, we don't use the very thing most of us are born with. Our gray matter to reason with. We remain stiff-necked, fearing any sort of thinking that's different from our past, our roots or the tribe we think we come from.

People are lazy. They want to be told what is up, what to do, how to be. There's a balance between thinking for oneself and understanding that you/we may not know the science like that of new borne illness or climate interference, and so forth. No one person knows it all, neither can they fix it all. Although frustrating, that is part of our human condition.

The most educated and the least educated are the same in all that. The desire for all the right answers and reduction of heart-ache. The power hungry, the greedy, the racists know all that to be true. Those same people who know the many of you who think locally, not globally. Know too, those of us who don't read. They NOT you, are on the fringes of destroying the Pay raises, Equal Pay, Bodily Rights, Medicare benefits, Pharmaceutical prices being lowered... Too, this includes gun rights, the freedoms you have had they will take away. That effects both tribalistic sides of voters and non-voters.

The rapists of the United States want you to give away your choices. Your rights. They don't want to hear from you. When you vote to take away other people's bodily rights, voting rights and the like... You will eventually have your rights taken away as well.

The difference between the rapists of democracy and us, is deceit.

Like any rapist, deceit is their forte. And when you can be led by the nose, hating other people who are different than you...instead of agreeing that you don't understand them. Instead you are convinced to condemn what you don't understand. This sews up hatred that has been pre-forcasted in the world's history books. You've been warned.

At this current situation, we have a high number of voters unwilling to question why the Saudis are in cohoots with Russia. Why gas prices went up when they did. The murder of journalist Jamal Khashoggi in 2018 covered up by the Saudis. When much of the reasons are obvious.

The war in Ukraine that Russia's Putin started out of greed for power is one. He did it when the world was distracted. That is how criminals attack. I know so.

The war in Ukraine profoundly effects gas prices, food prices and the like. The United States is hurting less, much less than European nations and many other nations currently, because of our current democracy. Thankfully so.

Americans have forgotten that there were times eighty years ago or there abouts that we U.S. citizens had to ration gas, food, rubber and the like to defeat the very thing hatred brought to our Global doorstep.

Good public servants, yes they exist. Public school teachers most of them care about the future of the United States. In that being so, they care enough to teach majority of our children how to think for themselves. Giving them homework teaches them discipline, in a way many times parents and others may not be able to deliver such a type of discipline, that indeed aids to the success of children into adulthood.

Good police officers do the same for the community. Many are involved within the communities they work in and live in. I've witnessed it, been a part of it.

Those who serve as firefighters/volunteer firefighters too, many have respect for life and care about other's on a global level as well.

These three areas are just a piece of the proverbial pie in the tapestry of US citizens who do care about other's. And Thank your lucky stars for that.

To bring the reader here to understanding our country's true dilemma... No, it's not okay to ransack our Capitol. Neither is it okay to try and off our representatives.

Right now, there are about ...I'll guess 2,000 people who need to be in jail for orchestrating and taking part in the January 6th 2021 Insurrection.

So, far I'm seeing quite light sentences with reference to that episode in our country's history.

If you assaulted a police officer, you deserve twenty years in prison. It's that simple. It takes much to train police officers, as well they may not be able to do the very job they had a calling for. And that is a heavy burden for any one individual to live with.

Too, if you had the intention of harming anyone of our representatives, electors and the like a minimum of ten years in prison should be served.

You may have freedom of speech, but when you gravely misuse it causing harm to others, you deserve to go to jail for many years.

We Americans need to take a step back and see what WE need. Peace with each other is the first thing we need. My mother used to say to my brother and I, "When I'm no longer around, at least I know you will have each other." That's why she wanted us to peacefully reason with one another under all circumstances. It is imperative for us to understand, that most of us truly want the same things...Even if we think or vote differently. ----Jody-Lynn Reicher