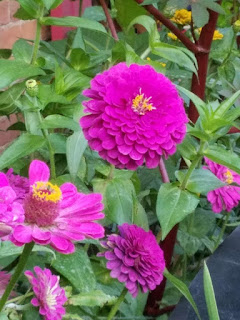 In speaking with an old friend, actually a former superior in the Marines the other day. Yes, we haven't seen each other since 2006. It's been a while since I've been under her command. We can actually diplomatically talk politics. Scary thought isn't?

As we are different religions. Me, I'm way out of the box. No indoctrination here. I'm the lost Catholic coming from a hard-core Republican old fashioned Catholic family to one side. Lutheran good girl from the other side. Sold that sex was something we didn't even say the word, until you were either married or Mom gave you a book on it to read.

And only tramps of the female persuasion joined the military. Yes, by my Dad's standards. I was disowned by him from 1980 till 1994 on that one. Looking back, it was not much of a loss though. Years later my dad realized I was stricter than he. And that my husband taught me all I needed to know about sex... You know that three letter word we couldn't say. Yep, one intimate relationship I had was all. I am a dying breed... at least from a Baby-Boomer perspective, probably.

Way before then, I'd already invented my own religion, behind my parent's back with no one in it. I learned on my own that most Christian religions if not all were some how misinterpreting the Bible. Actually all. Just my thought. I challenged that before age ten.

My Lutheran side didn't vote Democrat till after FDRs first term in office. Yeah, way back. And after you voted for Nixon, you cursed at him being on the television in 1974.

In economics, we were 80% blue collar. No woman ever owned her own business till I had in our family. Quite few finished college. Some women extremely distant relations got that.

As we watch the world around us and chatted, I suggested something in selling a politician no longer worked like it did.

It's just like in any game, job interview, Americans have lost interest. Not necessarily the subject matter but the crap covering it up. That's what I'm seeing. She agreed. There's always an angle to success or wanting to be heard to implement progression.

Negative retracting verbiage has a way to want to hold us back. However, honesty does always work in my book. Too, calling the 'kettle black', is still quite worthwhile.

The negative verbiage to me are things like, 'Isn't it better the way they were.' Or 'The good old days.'

However, like in the song "Anticipation" by Carlie Simon "...these are the good old days..." Meaning the the current moment. Even the most dastardly moments are the ''good old days'.

We seem to forget the things that made the 'good old days', were new ideas, new inventions, expanding our thinking. Even when they took years to nearly perfect. Many times it resulted well.

Even things we disdain or fear can be of use. I'll give many examples... New diseases make us cautious. If we looked at what arrived from them, taking away the initial painful mess we were in, we've gained as a society. That's if we were fearless enough to let go of some old ideologies and apply the revised or new ones.

Stress on society brings about change. The process is painful. However, for those of us who recognize the process. We can learn from it. We learn a new way of living. We reconcile with society or we can discard relationships.

We may figure out what we no longer need. Or what we thought we wanted, erring on thinking it was a necessity. Only to find out we appreciated it, while it existed in our lives. But we may never have the chance again to experience it. Yet, we can still feel the joy we had and then perhaps share that joy with others in the heat of the battle.

Yet, there will be old nuances, basic standards of decency needed to be kept. We've lost some of them based on old fears. Yes, we've lost some basic human decency because of old fears. The new Wow! Is old.----Jody-Lynn Reicher