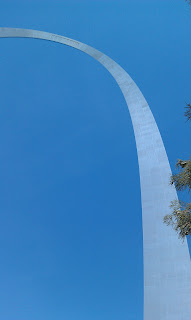 About twenty-five years ago, I met this nurse. She’d heard about me from another nurse. As I’d gotten to know Kay (I’ll call her by a fictitious name. As to not violate HIPPA). I found her to be incredibly insightful. Over time, she referred quite a number of potential clients to me.

As I worked on Kay–– we’d converse in my office––I felt that she would make a great medical doctor. I sort of wondered why she hadn’t taken that step. She like many nurses I’d met, I felt were exceptional in their intelligence and caring.

Many nurses I met through my business, were most grounded. More grounded than I’d seen in many medical doctors. These nurses were also open-minded. Their view of the world was patient and expanded.

I considered Kay however, to be at the top of the heap. Kay would question in detail––how I came up my scientific ideas and my conclusions. (Such as, how I once made my own orthotics; that actually worked for me.) And that type of thinking, I found was rare for anyone coming from the allopathic medical field. Our discussions were enriching.

One day Kay made a clear statement. A statement that validated who I was, what I did outside of my therapy career. Too, the inability to comprehend what I would do, willingly. It was on a subject she was totally unfamiliar with.

Kay said, “That’s just so torturous what you do.”

I commented, “You really think so?”

Kay replied, “Oh yeah. It has to be. Who would want to do that?”

I replied, “Gee, I never thought of it. I do what has to be done––I want something from it. I get a lot out of it.”

I relayed, “It’s not all that bad. You see a lot of beautiful things. You feel it.”

She wagged her head.

What Kay was addressing––was my long-distance running. And again, years later––she commented same about my ultra and adventure running. I have to say I was stunned and impressed with her query and her honesty. I began to contemplate her words over the years. By now, that’s been over two decades that I’ve thought about her queries.

Again, this morning Kay’s query popped into my head. I was about to leave to go for my low to medium mileage run. As I didn’t feel like running––I knew I had to stick with my plan to get to my next set of goals. I’d ran for nearly two and a half hours yesterday before doing over four hours of landscaping, two hours of housework and three hours of writing. I’d written for an hour beforehand, with morning chores done including taking care of our three pets––before traversing the earth for a good eighteen miles or so.

I’d finally reached an old mileage average per week. Which took me seven years to get back to––it was now ending week five. I knew consistency has been and will always be the key to regain endurance––which would increase my strength, and speed once again. As much as I wanted to bail on today’s run; I reasoned, it would set me back.

Today’s run was about the mind. Strengthening the mind. When the body says ‘no more’. The mind takes over. ‘How bad do you want it?’ ‘What’s it all about?’ ‘Why?’ ‘Is it responsible?’   There are so many questions I go through as a self-check, before heading out, practically every day.

Yesterday, in my ‘eleventh hour’ of landscaping everything hurt as I pushed our spreader with organic fertilizer. All gloved and masked––I felt like I was going to either puke from the smell or drop from complete exhaustion. I concurred, the two small meals I’d had in the day were not enough. As I felt autophagy was perhaps taking place within my 105-pound structure. I’ve learned to push hard and go without food and sleep or very little of either for days. This was just another day.

I kept reminding myself, I’d done heavier work earlier and this should be easy. I told my shoulders and back, it was all so temporary. I may traverse my acre one more time at a later date. Just breathe. It’s almost over.’ It was the bumpy landscape that made my body cranky.

After all that, I cleaned up my equipment. Got inside, hearing the bunnies scamper across our living room floor and our little piggy squeaking. I called out, “Mom, will be right there––girls and little man.” I had to change before taking care of them and starting dinner for my daughter and I.

Kay’s words came back to me. I wondered why they kept cropping up. This morning I realized why––It was because, no one ever quite put their thoughts about my distance running in the context of how Kay viewed it. She flat out said she would ‘never do’ that type of running. Albeit, she was far from athletic looking, never mind not looking the part of a long-distance runner.

Kay wanted to understand my drive. Usually, I receive mockery for my drive. Yes, mockery. Or someone saying that I’m unathletic because I run tons of miles. Or they try to compare their twenty-five-mile weeks of running to my 90, my100-mile weeks or more of running. Or knock the training in some other way.

What I’m getting at here, is that just because you may not be at my level of running. That is your choice. I’ve heard people say ‘you’re lucky’, etc… I’m not lucky. I’m consistent. I don’t make excuses. I make it work. Regardless of maladies and injuries I’ve sustained in a near five decades of running. And that is what Kay saw as torturous in my daily training.

Yes, I now see what Kay was trying to tell me. What I do is torturous. Yet, I do it willingly even with reluctance. For me, it’s about Wow!

Wow?! Is about finding the infinite essence of the mind. We all have this opportunity. It’s whether we seize it or not. Most aren’t thinking––about how incredible it is that each one of us has landed on this earth exactly when we did and what each of our memories and missions are here now.

I have found there are many people wanting to either discredit a person’s mission, thinking it’s too grand. Or they want their mission to be yours too. But you see, you cannot live a full life living somebody else’s mission. And anyone discrediting or disregarding another’s mission/goals; they are misguided and lacking depth. I’d steer clear of those people.

With Kay’s high level of intellect. She was as well egoless in expressing not understanding what I would do and why, with a certain aspect of my energy/life. Better to not understand. Better to be honest in saying, ‘No I would not...’.  Over the years I’ve rarely, if ever been blessed again with someone like Kay.