I Could Feel Jaded... 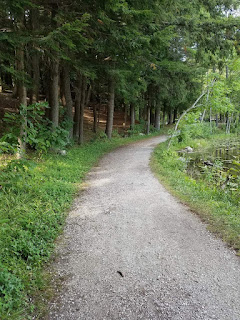 I could feel jaded.

I'm allowed to feel jaded. For those people who didn't have enough conscientiousness to report a crime. Or report a criminal... Before I lambaste you, allow me to explain what I did for others that you didn't have the courage to do...nor the global caring I've had, to do the right thing.

And if you're considering condemning my honesty, and my being real. I'll use a movie line, "You can't handle the truth." Face it, you're a pussy, or a criminal of some sort yourself.

Here goes. When you didn't report that criminal or turned the other way to not be a witness to a crime. Then you're part of the problem. You have potentially allowed the criminal to commit more crimes. You've become an accomplice to every crime there after, that the criminal commits.

Imagine creating more victims in the world. Which effects relationships. It increases the need for more funds spent on health care. It creates less employment. It raises insurance rates too.

When someone is victimized, quite often they don't recover quickly. Neither many times, well enough to remain as employable as they were before the crime.

I do not care what the excuse is that you failed to report your assault... Your rape, the stalker you witnessed... The drug deal you saw clearly and didn't report it.

You see I've had to experience all that. I had to narc. Yes, I did. I put my life on the line for good reasons. I reported assaults and followed through. I was ridiculed reporting a pedophile. Only to find out, it was all the police needed was to catch him in a playground and then go to his home and retrieve his computer, in order to have something to arrest him on.

I was ridiculed by MPs on my report of a potential kidnapping and rape. Only to find out days later, that the criminal was in a stolen car. The car I reported suspicious and stalking on base. The man was a hindrance to the Marines and they wanted to get rid of him. So they figured to pin it on me. I felt awful at first, then I found out the truth a week later. I did the right thing.

I was threatened when I witnessed drug deals. I was told to not say anything. Guess what? I threw caution to the wind and not only spoke up. Yet, I asked to be put on weekend duty as a private (which I was told they'd never allowed a new female private Marine do such an overnight watch on a weekend. Too risky.) I begged for the duty. My CFO reluctantly gave it to me, for evidence of what I'd reported. He told me no matter the outcome, he may not be able to support me. I agreed anyway.

After that, and my findings. People were caught, one I know was court-martialed. I was threatened quite a bit. I had to never speak of it publicly until now. As decades now have passed.

I've gone through the system as a victim. A guy that'd been arrested a number of times before... There was apparently not enough power to put him away before me. I don't have power. I have conviction. I guess that is what you'd call it.

In speaking with one of my old Marine Corps superiors today. We had a discussion on what it cost me to not back down.

You see it's easier to not follow through as a witness. It's easier to not go to trial to testify against a criminal/crime. You can and do usually get passed the actual violence, threat, etc... much quicker.

If you follow through reporting, testifying you can't ever forget. It brings you to another place. You're more wary. You choose to be more observant. Why? Probably because you become so aware of the vulnerability of others.

Yes, reporting a crime is difficult. Even if it's a crime against yourself. But when you don't pursue the correct thing to do, you are harming society. What about someone's child? That's how I've viewed crime. What if... no one else had to suffer? It's not about me. It's about we.---Jody-Lynn Reicher