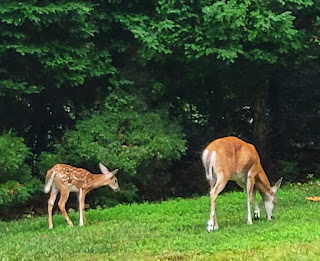 In short, today was my 4th time out to meet/eat with friend(s) since June 2019. I think I'm averaging almost once every 5 weeks at this point. I nearly set a record of 3 years not going out for coffee or a meal with a friend or businessoccasion... yet, I was drawn out by my former weight coach getting a bunch of us together back in mid-March.  This time it was my BFF, Nina Bovio who flew in from Michigan to see me. We had a five hour breakfast at Norm's favorite diner. Yes, started after 10:30 am and left at 3:30pm (my alibi... just in case someone is found murdered... it wasn't me.😁😅)

This October makes it thirty years ago we met in the streets of Detroit... after I'd ran a marathon. I missed the moolaaah/$$$$$$$ by thirty seconds. Little did I know I'd been running with fractures in my back and was beginning to have major issues with my right leg... that was misdiagnosed six times.

We've shared much together through writing letters. Then emails. Hand-written about 9,000 pages or so over the decades. We met nearly bumping into each other, as her friend Joan had recognized me from the year before in Detroit when my limp began increasing at 22.5 miles. Joan on a bike seeing my desperation. I missed qualifying for the 1992 Olympic Trials Marathon by one minute, thirteen seconds ten weeks after I'd fractured my back (not knowing so).

She and Joan in 1992 insisted on taking me out for lunch,  then Nina drove me to the airport just four hours after we'd met. We drove and chatted and in the end exchanges hugs and addresses. We wrote practically every week, sometimes 2-3x a week to each other, except for mid-December to early January... She has a huge family.---Jody-Lynn Reicher