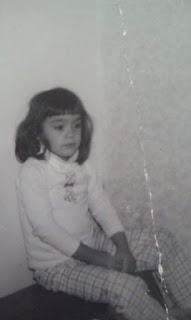 When I was a child, television was limited. It was limited by my mom. Too, it was prior to cable television. So, whatever was on, was perhaps limited. It remained in black and white. It's what we could afford. Color was for the rich.

Regardless, I enjoyed watching certain sports, police shows, nature shows, etc.... For me, it helped give me daydreams, creativity and so forth.

I was not a great student. I had undiagnosed learning disabilities. Such learning disabilities things like that were a common occurrence in the 1960s and 1970s. You just accepted the struggle. And if you had a bully for a father. He would tell you, "D is for Dummy." Yes, put downs I would not ever imagine implying to anyone, much less any child, including my own. I saw it and see it as child abuse.

Back then the television didn't condemn me. Didn't judge me. It was a pleasant, innocuous, electrical feel good, comfort feel good mental zone.

Television was my friend. It would speak. I would listen. It gave me insight, laughter, thrills, bewilderment. All I needed in order to feel whole or to escape.

Now entering my sixth decade of living on earth it remains my friend. I study the acting, script and so forth. It speaks, I listen. Alone again, as I was in my childhood, it serves me well. And if you've ever felt alone, you might understand the comfort television watching beckons to sooth being alone. Especially, if you've always felt alone, or abandoned or betrayed by life. ---Jody-Lynn Reicher