Money Makes the World Go 'Round... 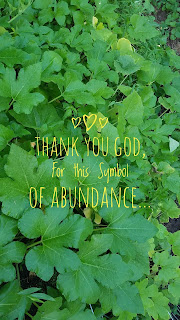 If we treat it right, money makes the world go 'round.

After our youngest and I returned yesterday from her first time meeting with a college counselor. Our oldest arrived home from her second job. Eating a late dinner, we discussed money for college.

Funny enough, my youngest thought that no way could I afford to pay the amount I am paying out for our oldest's college education.

I remarked, "You will have the same monetary ability from me."

Stunned. She replied, "How?!" I responded, "Your Dad and I worked our asses off and saved money. Before you were even born we planned. I pressured us to pay the house off early. As well, we cleaned our own home, did our own landscaping. We refrained from expensive vacations before you guys were born. I preferred to make all our meals. So, we didn't order in or go out to eat much."

I looked at oldest and remarked, "My dad would be astonished that your Dad and I would pay your way through college. He believed in not helping your kids financially with going to college. He claimed it was because no one helped him. Conversely, my mother would be astonished, yet she would be pleased. I think it's cruel to make your children struggle financially. She believed if you can help them when it comes to advancing themselves through education, you then do so. This student debt forgiveness plan, is a good thing. The people who don't like it are either ignorant or bigoted. We bailed out the car companies and the like years ago with our tax dollars and people benefited. We gave 4.1 million business owners most of who are in the top 20% of earnings in this country with PPP forgiveness loans because of Covid. It's about time we gave a leg up to people with student debt. I think it effects 30 million people who have had student debt. Those who are resentful need to grow up. And in turn this will help deflate inflation. These people who've had their student loans now forgiven, can now spend money in buying not only more essentials. But too put down-payments on a new or used car. Or something else. Like hiring that contractor to freshen up your bathroom or kitchen. At the end of the day we all benefit from others having a debt forgiven. Money makes the world go 'round."---Jody-Lynn Reicher