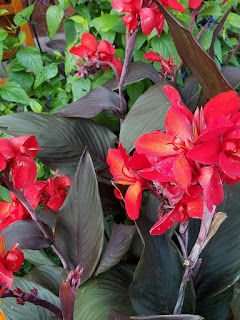 It's funny, the times I felt compelled to help someone in my therapy business. I didn't concern myself with a payback. I barely thought that they would take advantage of me or lie to me. I saw my business as the need for some selflessness, thinking altruistically.

That being said, about six or seven years ago I had a wicked week in my office. Business was down. Yet, people needed me. So I was busy. I was giving discounts for a variety of reasons. Any excuse i could find to give them to reduce the cost to them I figured. And then the six people of that week who I knew I wouldn't take money from.

I ran my business, like usual as I had for nearly three decades. I knew who couldn't afford me. Or rather my full price. I knew the very elderly may have money, especially those living in my county. However, they also would need finances for living, medications, proper medical care, perhaps a live-in caregiver for a better quality of life versus a riskier lonely one.

Too, it mattered that they would be able to still live and enjoy life. Maybe going out to eat or treating a child or grandchild. Perhaps any extra monies they may appear to have could be put into a future college fund for their offspring, niece, grandchild, etc... These are the things I considered.

Then I considered those people who truly were either already taking state and or federal aid. And those who were doing everything to keep a home, young children in a suburban living situation and not upend their family due to medical conditions.

So, that wicked week? I had six people enter, accepted into my office who I knew could not afford me. But yet were willing to pay whatever I asked of them after session. I actually had a woman who was going to hand me twenty dollars. I stopped her and said, "No. You've got young children. That's all you got. And if anything, your kids need to see you less stressed. Bad enough they understand something is wrong with you. So, buy them ice cream with that instead. Or save it for something else needed. You don't give away the last twenty bucks when you don't know what's coming by the end of the week. Hec. It's only Wednesday." She stunned, stood there holding the twenty. "I'll pay you back." I replied, "No sweat. You don't have to. Next three months are going to be rough for you and your family. Don't think about the money. Your health is most important."

During that week, I had long time, and new clients who were my charity cases. I knew who lied to me for years. I acted in front of them as if I didn't know they were able to afford better vacations that I'd never touch the coattails of in my life. But I ignored their lies. I didn't get angry. I remained peaceful, realizing when people had to lie to me for years that showed me that they were most in trouble and most in loss. They were desperate and would perhaps never find peace. Yet in my office they found kindness and forgiveness. And sometimes in life that's all you can give to a stranger.

Out of about 4,000 clients I'd had, only three did I fire. Twenty I could do without.

Now if clients of mine are reading this, some will be angry. Like 'why didn't they get free treatment'? Or the converse positive thoughts of helping instead of hindering.

At the end of the day, life can be a crap shoot for most of us. And in that, we go with our gut. It's probably the most positive place to be. Our gut is not always monetarily directed it comes from a higher source. The only difference is making the choices we are moved to make.---Jody-Lynn Reicher