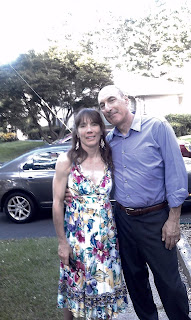 When you meet your soulmate, you share thoughts of a euphoric future. Now, you may not be in total agreement as to where your and their future are to be. However, if you truly are in love, it’ll all work out. That is just how life goes in love.

Norman and my first dream was: “…we’re going to work, live, and raise our children up north. They’ll be great skiers and hikers.” Vermont was preferred, New Hampshire our second choice.  We both enjoyed the wilderness. Although me more than him. Norm was more of the social otter type. Me, the lone wolf that could join a pack. Yet, likes to hunt alone most the time.  I like the ground, the dirt. Norm, he liked shaking hands with the blue fish and the tuna. He loved ‘exploring’ on many levels and was fascinated by forests.

We had nicknames for each other. His fraternity brothers and college friends would ask, “How did the Hippie marry the Marine?” Some nicknames, many times were created after the first decade of our marriage. He was the “BMOC” (Big Man On Campus). I was “The Good Little German” (the Experiment).  Not many knew all that about us. It’s not that Norm didn’t like experiments, it was that he was hesitant on experiments. Whereas I run full-force, head first into them. To me, it was “Oh Wow! What if…” To him, “I’m not so sure…”

Lines from Norm to me would be something like: “Jody, you have your own solar system.” I’d nod in agreement. Because what we knew, and I sometimes kidded him on was that he was ‘Normal Norman’. There were many contrasts to our relationship. He the crab, me the scorpion. As you may or may not know the crab analyzes side to side. Too, they are faster in sideways movement. Scorpions move in the complete opposite direction, apparently. And they can climb upside down. Crabs are more water. Scorpions suggestively more arid.

Years ago, I introduced Norman to the desert as well to California. I begged him, “I want you to experience this”. For years, he seemed none too thrilled to go out west, aside from skiing perhaps in Wyoming and Utah. Then, about fifteen years ago, as his analysis was viewing my thoughts with his. He blurted out, “You know, we could get an RV. Have a hook up in Vermont. Buy a mobile home out in Death Valley. What do you think?”  I nodded, “Now that sounds good.”  Although I was not and am not the ‘nomad’ type. He loved exploring. Everything to me is an experiment. So, I’d be game.  There is so much more to explore in this country.

So, as I drank my morning coffee and reminisced on such thoughts today. At times, giggling to myself. Knowing full well, we did it correctly. However, that future will be solo. I’ll be riding the wave alone. Having an empty nest in barely a few years.  Yet part of what’s remained are still those wonderful dreams.---Jody-Lynn Reicher