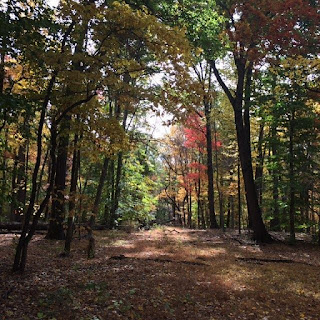 Today as I nearly acquiesced my fatigue. Which was from gradually increasing my running miles again in the same week as cleaning up our yard from the winter storms and the Ides of March. That along with my writing, studies, and research. The more now volatile New Jersey Springter, which has most of our immune systems not knowing whether their coming or going. Oh Springter? As I’ve dubbed New Jersey’s weather in mid-April, a cross between Spring and Winter.

This morning, I got our youngest ready for another quarter back to school. It was after her nine day vacation from nearly all of it. I myself am not ever on vacation. It’s a rare moment that I am on vacation. No, it’s not about motherhood or anything of that sort. It’s about who I am. My intensity. Just when I want to rest, there is something that I see needs doing.

Over the years, I’ve sat back and wondered, ‘How do these people just vacate and do practically nothing?’ Outside of my world, other people go to islands. Some go abroad. They rest on a beach with a drink in hand. Seemingly, not a care in the world. I get moments. Perhaps hours. Maybe, I guess.

My view of the world, now I realize is completely different than most.  I would compare myself to someone who barely if ever vacates ‘doing’. It’s not a bad thing, as some may claim. For them, it might be. But for me, its accomplishments. It’s finishing touches. And as I know all too well, tomorrow may never come.

The other day, I was helping coach two teenagers in distance running. After the session on a warm Saturday, I thanked them. One was shocked and stated, “Well no. Thank you. I mean you’re helping us on your time.”  I responded, “Well, it’s mutual.” Both teenagers looked at me with wonderment. I continued, “You see, I get joy out of this. That’s what I get out of helping someone learn. So, it is my pleasure. And besides you kids are great. It’s fun for me.” I gather after that, they may have received an unintentional lesson in life that day. But it is a true lesson.

Arriving back to these current moments now, I looked at other runner’s backgrounds, who’d placed high or won the Boston Marathon in the 1970’s-1990’s.  Funny, I never had the desire to win Boston (23rd). But New York (36th), indeed so. I’ve only won a marathon once. At not even my best performance. Far from it.

So today after my morning chores, before studies, research, training, and screenwriting that I need to do. I began to look back at some famous marathon runners I have known. As I read up on pieces of their biographies online, a genuine thought or two occurred.  ‘Imagine being all about running?’

I realized I was able to say that to myself, because I tried and failed, so many times I can’t even count. I have failed so many times in my life at athletics. It’s not even funny. And had I not understood the importance of ‘getting out of my lane’. I would thus have been a completely different person than I am today.

Because I got out of ‘my lane’, I have been able to accomplish more. And yes, I nearly always use my blinker. Becoming more diverse in my abilities in life. Being a more diverse athlete. Having a greater understanding of humanness. By ‘getting out of my lane’, I have pissed a lot of people off. However, I have been able to reside on earth more so as a free spirit. I have thus far gotten to live my soul’s journey. Not someone else’s expectations, nor demands. Fighting tooth and nail to stay true to my soul. That has always been my mission. It’s not easy. I’ve had enough people tell me they’d never want my brain. That they’d never want to be me. Whilst other people throw darts at me with envy. Thinking I have it easier than them. I’ll say “No” to that idea.

No, I don’t have it easier. I make it look easier, because I don’t complain. I look for joy. Even if it’s someone else’s happiness, I find the joy. Looking for it, wanting it for others, is the difference. That’s my vacation. Yes, it lasts many times only for a moment. But it’s a good moment.---Jody-Lynn Reicher