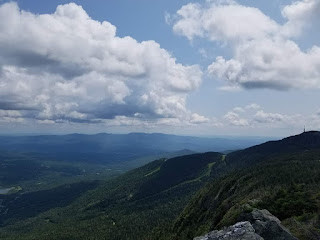 Are we aware that we are aware?

Laying in bed on a weekend morning, knowing you have one big chore to get done right now. Well, time-wise a small every day chore of necessity, obligation, respect...

Of course I did my morning exercises in bed so I could arrive upright and not appear with a crippled wobble or drag into the bathroom.  My thought is... if I'm standing I can run.

As I lay there for a few moments more, I query my life. Aside from thinking of an astronomical goal, because I almost always have them. Don't worry the world is involved. They don't know it yet. I don't say anything till I need to get them involved. I lasso what I can.

Somewhere around late 2007 my husband exclaimed, "You're out of my universe." He wagged his head and continued, "You have your own Solar System." That was in response to what I'd said after, "What if...? Imagine that..."  And this is why I keep to myself.

Some hate me for those astronomical goals of mine. Because they had no interest in doing whatever it was I announced to hubby back then. But yet, they were upset that they didn't think of it or felt that they couldn't do it. As well, I've made them feel selfish, perhaps inefficient. Or worse yet, as my fight coach Phil Dunlap would say, "You've unmanned them." It's my rawness. It shines under those lights.

Out for coffee and sometimes the rare bite to eat with Bob an Oscar winning documentary cameraman and director. A man who has filmed pieces of my life for hours on end for the better part of a decade. Interviewed my quirky, curious world and some of those in it. One day Bob asked, "Why don't you ever bring your family to your fights?"

I replied, "I don't want to touch anyone I love intimately. Sure, I'll hug my coach, the cornermen, the fight-team guys before I enter the cage. But you see it's different. It's another world. I need to be who I am, with people who understand that piece of me. I just can't emit the same feeling of who I am around my family. It would be too unsettling for them." He responded, "You're a real Dr. Jekyll and Mr. Hyde." I replied, "I have to be."

At other times on my expressing my 'astronomical' goals, some laugh. Finding me humorous. It is because as my one time Stand-up-comic, friend, doctor and UltraRunning coach Dante stated after a 50 mile training run, "You are so self-deprecating." I think I finally got Dante to laugh. I had tried before, he finally understood that I enjoy making fun of myself to get others to lighten up a bit.

And then there are those who get inspired by my persistence, and drive. Even if it doesn't sound possible by their standards. They know I will do my best and make something good of even the most negative situations. Bob had remarked, "You never appear dismayed." I remember nodding to him. Thinking, 'Boy, have I fooled you.' It was after he'd filmed me for the in-teenth time getting taken to task for nearly thirty minutes by Phil, a guy with 114 no-holds-bar fights in the cage. The attacks from Phil kept coming. Yet, my failed attempts to take Phil down after he'd riddled my body and legs with kicks and punches I refused to give-in. Why? Because I wanted those fights.

On those astronomical goals I have had enough people inspired. I know so, it has been told to me. I think my husband was perhaps the most aggravated, yet the most inspired.

At first, upon the astronomical goal whispered to him from me. His response was, "No. I don't see it." Mine was, "I do. Imagine the money we could raise for charity. It'll only cost us a little bit..." His near adamant response, "Jody, logistically that's a lot of work. I just can't see it." My response was not to shake the bee hive, but to rattle our ancestors. Get people to stop thinking 'Old'. I'd then set out to secretly develop a plan that he couldn't resist. Showing all would be possible. And yes, I even have scared myself.

When it came to running I'd call up Dante and say, "Get me off the edge. Tell me why I feel fear. Convince me, it's within my grasp." And he would. It was the one cell that kept me from caving into too much doubt.

Three decades ago dealing with what I knew seemed insurmountable. The odds of failure, were perhaps life-threatening and the odds against me were well over 90% chance that I'd fail. I had respected men, lawyers told me to backout. That I couldn't win, and that I'd be harmed. My response, was that I answer to a higher authority.

Although, everything about me hung in the balance. I knew I'd already been sacrificed publicly, so I acted as though I had nothing to lose. I'd been there before. And again, it was going to effect others on a level that I cannot express. Involving me, reluctantly so. Yet, others would benefit from my suffering. Silently, I've learned to suffer well.

Back then, it led me to query a co-worker and friend, Eleanor just years before she was ordained a Baptist Minister. I asked her one lunchtime, "Is doubt a sin?" She sighed. Then proceeded to give me a Biblical reference. As if to say, 'doubt is neither here nor there. Yet it is human. And that is what we are'.One cell away from being obliterated, we are.

One cell of consciousness. Make the day count.----Jody-Lynn Reicher