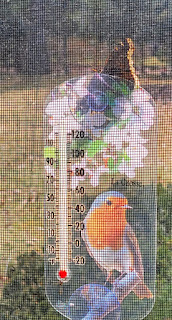 Yesterday as I finally had a chance to give a friend and UltraRunning coach Dante a call.  We hadn't spoken since October. Both of us were just too busy.

As we were discussing tweaking our training from what we did ten and more years ago, as he is about to be 66 and I, 60 this year.  We knew each other's overall health goals, and were addressing each other's running goals.

We were on the phone for about thirty minutes as I was scrubbing my stove areas, looking out my kitchen window.  The subject at that very moment was, 'who we hadn't seen in over two years...' As well, my severe exhaustion that crept up on me over the past six years; then slammed me down in September.

My 745 days of determination to run every day I would do alone. Perhaps appearing undaunted. I can say it was the converse.

Every day in the past six months especially, it was as if I took my hand grabbing the back of my clothing and pulled myself forward for another step.  Praying every step that I would not come crashing down onto the pavement I was attempting to traverse.

It got so bad I told Dante, that I fell a couple times, one so hard that as I landed...I  snapped my top right rib area breaking two ribs, snapping the tip off one, damaging the rib cartilage in the area. My left leg's birth defect reared it ugly head. Which has happened during extreme physical and mental fatigue in the past. As it goes, my left foot flops in, then I trip, but usually I catch myself, unless ... a long pant leg flares in the way.

Something had told me that brisk day in December that I needed to trim the right inner pant leg for just that reason. So, if I tripped I wouldn't be hindered by a possible cloth catching my left foot perhaps making me crash to the ground. I decided not to trim it then however.

Dante pointed out to me, that during his time in medical school he would get exhausted like that from studies.  He expressed the amount of studying, and research with the classes I'd started taking on September 1st 2021, was equal to at least a full college schedule.  As well, my intensity I put more pressure to succeed and study extra at times.

He stated coupled along with my family commitments and career changing occurring is what caused all this exhaustion of mine.

As he expressed this, a first of the soon to be early spring arrived on my kitchen window thermometer... A Monarch Butterfly landed. It waved its wings gently in my direction, calmly. It remained for some seven minutes. Then it flew around the outskirts of my deck, then returned and did its wave to me as it sat on my kitchen window thermometer for another minute, then flew away. I knew it was early.  As well, Monarch Butterflies travel a ridiculous amount of distance twice a year. From Nova Scotia to some place in Brazil, then back again.---Jody-Lynn Reicher