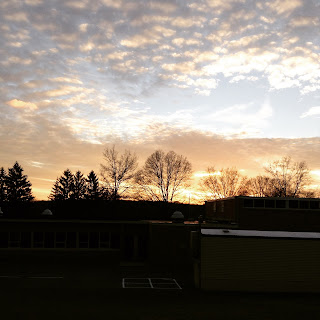 To the readers here, you’ll need to pull up an oatmeal bar and pour that cup of coffee for this read. As this writing leads me to a matter of today’s circumstances. I wonder though, is it truly something new that we are happening upon in the world today?

A number of years ago in my office. I had a client who was near age eighty. He was highly-educated and had gone to a private high school in New York City, way back when. He spoke about it much. During his treatments, he would tell me about how he was raised, the school system he went to, and who went there. His parents believed in thinking what others would call, ‘outside the box’. Especially for those times that he was in a parochial private high school. Which in his time, would have been in the mid to late 1940’s.

This client was what we would call a ‘now’ type of individual, in his thinking.  Apparently, his children seemed nearly twenty years ahead or more in their thinking of the functions of being human. That is comparatively to the rest of Americans.  He did not profess this. It was just what I’d picked up from our conversations.

In light of this. This morning after I dropped off our youngest at our local high school, a word came to mind that referenced to parenting.  Over the years I’ve asked myself, ‘Am I alive for them? For the world? For both? My spouse? And if I am, where does it end? Where did it begin?’ And ‘What was so important about not talking back to one’s parents in my day… let alone theirs?’

I wondered if the drive to a post office in another town, would retrieve for me an ‘Ahhh Haaa’ moment. As well it did.  Driving towards the post office down a main drag, I pondered. ‘Why would it be considered disrespectful to answer back to your parents? Logic says that no one is perfect. And that ‘no one’ means everyone is flawed. And that being true, ‘talking back to your parents’ may not be the sin I was taught it was. As a matter of fact, it may be the converse. It may actually be a good thing.

I do know there is a time and a place for everything. But no one, no matter how disciplined nor adult we are, follows that modicum of advice all the time. Yes, to every season… Driving, I queried the old thought, ‘showing respect. What is that about? What was it about in my childhood?’ I thought, ‘What would this man born about 1930 say to me on this subject today?’ He would say, “It’s nonsense.” Flat out he would. In my mind’s eye, I can see him wagging his head now. And he’d be correct.

Follow me, if you please. I am a child of the 1960’s and 70’s. I was born during the Cuban Missile Crisis. As well, the day that the United Nations was Chartered into Force as was less than two decades before the date of my birth on that same day. So, where I came from has been considered the meat of the American people. That was then, the working class. Lower middle-class, we were.

As it were… One vehicle for the family, not everyone owned their homes. One refrigerator, one bathroom, a black and white television in your living room, ‘cause you were lucky. And a house phone, usually on the wall of the kitchen. Whatever you didn’t finish eating on your dinner plate, you had for breakfast. You didn’t waste. And you didn’t even think of talking back to your parents. You had not an opinion. Especially, if you were a girl. As a girl, you were born for one reason. I’ll leave it at that. However, I did see past that by age four. I knew what I didn’t want. I began making up my mind on what was hypocritical about our society. Yes, by the age of Kindergarten, I was already making up my mind of how the world should be, and what respect was or should be considered as.

In all of this, I did not cause a wrinkle in my parent’s welfare as a child. I kept to myself. I asked little of them. Why? Because, I felt life was hard. However, what made it harder was my inability to express myself. As I got older, I’d write in my diaries all the things I couldn’t share with anyone. Or I’d go for a walk or run and talk to myself. Yes, that is what it was like for me. I had opinions, but I couldn’t share them with anyone. I could not dare go down that road. It was implied, that someone like me had little significance. So, I decided to feel significant. To do so, was to be the nonchalant kid doing my best. Only hoping I was never a burden to anyone. Yet I would serve where I could. As well, disciplined enough to take orders because I didn’t learn to ‘talk back’ to my parents or other adults as a child.

Was that ‘…not talking back’ to one’s parents a hinderance? You bet. However, as one of my old running coaches called me, ‘The Chameleon’. I could change my view, acquiescing other’s circumstances and views with most ease. I was busy listening as a child. Yet still, the downside to ‘not talking back’ to one’s parents for me, was low self-esteem. That is something that has encompassed my every being then and to this day, now. That is not healthy.

There were other situations in my childhood and adult life that made my self-esteem dip deeper, on an unsteady foundation of any self-esteem that I might have.

Now I peer through a different set of lenses. I concur that ‘talking back to one’s parents’ is not the end all and be all of respect towards a person’s parents or other adults. The way I see it now, is as a dichotomy of parenting. It is partially a good rule of thumb thirty to forty percent of the time in parenting. However, it was partially a bullying tactic when I was a child, aimed at the children in my day. A person asserting their power over a smaller, a less aged human being, when they themselves were too arrogant to accept failure, wrong-thinking, different-thinking, new ideas and or a new way of listening to a young source.

My overcoming this old thinking, was that I truly wanted and want to view someone else’s view. No matter their age, race, religion, creed, economic standard, political view and so forth. When I think something is ridiculous, I call it out prudently and hopefully diplomatically.

When one of my daughters criticizes something about me. I ask them. I don’t always rebut them. I may nod. I may ask for them to tone it down. But also, when they do the same mistakes as they’ve accused me of doing.  I then have the arsenal of having listened. As I then can show them that they’ve made the same mistake(s) that they announced they’d never make, but have pointed out my error the day or week before. Then they listen. I catch their ‘Ahhh Haaa’ moments.--- Jody-Lynn Reicher