The Compassion of Nature 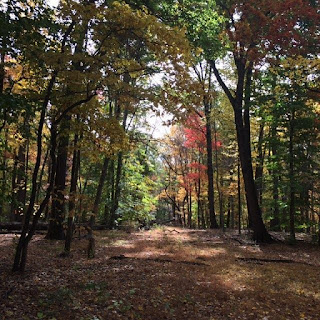 The caring and love we can learn from watching nature. As I have taken time to observe nature throughout my life. Recently, I've witnessed something I'd not ever thought would be possible in the wild. Although I've witnessed this caring and compassion among my domestic animals.

Over the past two months our deer herd has grown to about fourteen or so. The herd lives primarily in my 'neck of the woods'. Yet, they travel upto and at least eight miles round trip per day through local towns around me. I know this to be so.

The way I now know this, is of their markings, their individual gaits and their personalities which I've become familiar with. I've watched the herd shrink and grow over the last bunch of years. Yet, because of the pandemic, loss of life, loss of a regular work schedule and reduced fight training, running mostly locally. I've been remaining mostly local for over two years now.

What I've witnessed in the past two months were two bucks travel side by side, traversing across at least four towns. One is quite injured, his back right leg is shortened and hanging off of him. He hobbles with his one rear leg dangling off the ground. With him is another sturdy yet a bit slighter buck with a moderate sized rack. The injured buck has one skinny antler and appears to have an antler short thin just emerging on the left side of his head.

The two bucks come to my backyard and gently work their 'locking antlers' technique. I've watched this quite a bit over the past month.

One of my friends three miles away from me has expressed seeing these two bucks together by her over the last six weeks. I'd begun to wonder if other deer respected this injured buck. Then with much of the herd in and near my backyard, I saw something I'd wondered about. It was something thought only out of a storybook.

The two bucks saw two seven month old fawns, no spots on them and their fur had begun to get darker. I wondered as the numerous doe had stepped away slowly, what was about to occur. To my surprise both the injured buck and his companion buck ...well...it was like the two bucks had a conference on training these two young fawns.