Go in the Wrong Direction... 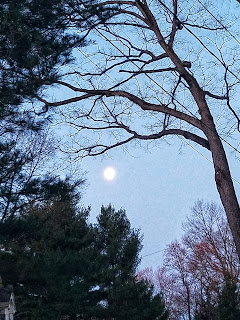 Go in the Wrong Direction…

Well, that’s if you are a writer. As I listen to lectures by directors and writers like Martin Scorcese, James Patterson and Malcom Gladwell. Scorcese, encourages good research. Yet, he explains how doing things in a film with too much accuracy can get you bogged down. Bogged down to the point that you lose the essence of the story you’re trying to tell. Patterson explains, “Men like accuracy… So, if you’re going to talk about guns, cars, etc… It’d better be accurate. Or you’ll lose that audience.” Gladwell talking about researching with Google.  It’s good, but it’s a problem because “you’re going to usually get the most popular answers or reads.”  And that may take you away from your story. Basically, it can take away from your personal creativity in the writing and important ideas you want to express.

Listening to directors, writers, producers, actors, taking classes on film. I realize creating a sellable item is not only difficult. But, it’s me. I’ve always done the difficult things. I know why. But I don’t know why I was built for this. In the Bible, I believe its in Romans, it says, “Why did you make me like this? …Does not the potter have the right to make from the same lump of clay one vessel for special occasions, and another for common use?”

I gather whether it’s the potter that has made me like this or an agreement the potter and I had before entering this life here now. Or perhaps my knowing bestowed upon me at a young age of suffering. As if I knew it innately. It feels like I had. Coupled with the experiences of my childhood. The witnessing of suffering, cruelty, which I took seriously. Is that what gives me my thrust and my thirst in my writing?

As I was out for a training run today, slow because I was so beat up from yesterday’s sprints with more miles than today, then weight-training as well and constant working with new ideas and creativity. Reading other’s material to help them succeed, and getting ideas while doing research. I plodded the easy eight miles with a couple of songs playing in my head, along with praying that I would remain steady and get in the miles before another storm arrived. I wondered, “Am I going to be dead before someone figures out that what I’m writing is valuable? Pertinent? Pertinent to today’s set of circumstances?” I gush with feelings that my work must be produced. My books must be read. It is always about social justice, the underdog doing the right thing. It’s to influence and give women all over the world more power.

I write to make men see that. And to those women who escape their responsibilities to stop being so pampered. And those who remain silent, to come forward. That’s truly what I’m searching for. It is a manly thing for men to see women as comrades in the fight for equality. That children are important. That gently influencing them as an adult, even if they are not from your body, is critical.

Since I’m trying to give the world some truths, there is resistance. I’ve had many people review my books and screenplays. I noticed when there’s a truth that I personally know exists, from experience. Women reviewers don’t always like it. They will question if its true.  When I know it is. I don't banter. I walk away.

Why do some women react this way? I just made them uncomfortable. I showed them, that they have been selfish. That they didn’t support women. And any support they did give was window-dressing for their own self-conscience. That they lacked understanding. And they hated me for what I made them face.

I have many great examples. Personal ones. When I began to take ‘real’ self-defense classes, privately, weekly. Then three times a week for nearly nine months.  Most of the men if not all in the fight gym were enthused about my presence and my sincere interest in self-defense. Outside the gym, nearly every woman I knew, including friends were against it. Yet, only a handful of men outside the gym were against it. I knew and know who they are. The men against it, are usually extremely insecure about their manhood and I found, some to be bullies.

Many women, pretty much didn’t want to face realities. The women would put up a facade of their concern for me. Especially, if I had bruises of any kind. One woman, who was quite the ‘hotty’ in my town, commented, “But you’re so beautiful.” Implying how could you be okay with a bruise? I nearly fell over. I responded, “I’m not here for a beauty contest. Never have been.” As I smiled and walked away, I mumbled under my breath, “I’m here to point out to you and other women’s worst nightmares. Because I’ve survived it.”