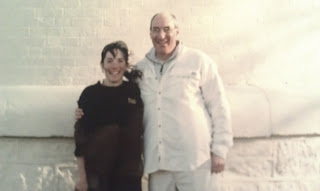 "Just an old fashioned love song..." Yes, another song... playing on the radio. As I try to make sense of much in life. This thought brings me to the last few nights watching the Olympics.

As I watched US Olympian Downhill Skier Shiffrin DNF two times.  I knew it had nothing to do with age or regular athletic fatigue.  No, I don't know Shiffrin at all. However, I understand loss. And I felt gut-wrenched for her and her mother's loss. I could relate.
If the reader here were to research the word 'grief', although there are varying types of grief. The one I'm addressing here is grief from deep personal loss.
Personal loss grief, such as losing a parent at a young age or a spouse, putting it simple it is physically devastating. Yes, emotionally too. But here I"m adressing the physiology of grief from personal loss.
This is not to exclude the importance of other personal losses. Yet, these two particular losses are often not truly recognized deeply enough by those outside of the loss. Many times because it is too disturbing to want to fathom such a loss.
So, the other day I decided to read up more on grief in the loss of a parent as a child to a young adult; then on a (longtime) spouse.

The curiosity heightened further yesterday as I spoke with my fight coach on the phone.  He actually addressed it head on with me. He addressed it asking about my daughters.
He did understand this depth of loss.  His wife had just had a loss. As well within the past few years his stepsons, too lost their father. So, as much as he was the outsider looking in. He was close enough and selfless enough to see the trauma of the losses on three people he loves.
So after diving more into what I've suggested to  clients who were having losses in the past. And trying to give aid to them during their losses. I tried to understand what grief was all about.  I could feel their pain emotionally. But wondered if there was a physical effect, aside from a weakened immune system. from such a loss that could last 2-3 years or more after a loss.  That, I'd been aware of for the past 25 years.
As I spoke with my fight coach, and read more articles on grief. I realized fatigue from this particular type of loss was a common sign of such grief. As were susceptibility to viruses, illness, joint pains and attacks on our auto-immune responses/systems.
As well, one doesn't just overcome such grief. You don't 'therapy it out of your system'. It takes time and care for oneself.
With our impatient world both things we need, become a hindrance to a person's full physical recovery from the grief of such a loss. Especially, for a teenager or young adult.
Young adults want to live, feel free. As an athlete on Shiffrin's level, there is little room for time.  In athletics for the Olympics in skiing, time is of the essence.
In reflection,  listening to our two daughters... And the question my fight coach asked me yesterday,  "How long has it been, since Norm died?" I replied almost 19 months. He then asked, "And how long were you married?" I replied, "Over 36 years."  He responded, "Wow. That's a lot of time Jody."
We then reflected on my daughter's processing their father's death.
In the end I said, "Right now I can't fathom going out to have a cup of coffee with anyone. I told my friend Sally, 'Probably June.' At first I wanted to wrap our daughters in bubble wrap.  But now I'm wrapping myself in barbed wire. I will deny intimacy,  not only because of my baggage, but for our daughters well-being."
For me such a marriage we had, its always been about loyalty, its 'Just like an old-fashioned love song... which was only meant for you and me'.---Jody-Lynn Reicher