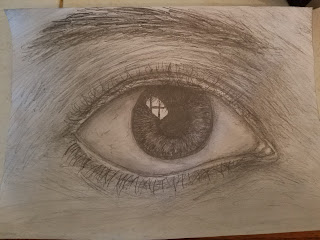 Have you ever thought of yourself as an ‘Alien At Large’? I’m not suggesting a homo sapien in a foreign country that’s a fugitive. No. I’m speaking metaphorically. It’s that time when you wonder either ‘why is everybody freaking out’? Perhaps it appears all the time?  There’s never a rest? There’s nothing mundane? It’s like the world needs drama. Personally, I think we create it unnecessarily.

We create it in our lives. Partially by not keeping to our own business, with holding back certain expression. I’m not saying we need to be stoic.  That’s not healthy all the time. I’m saying how I observed things before social media. However, I’m not going to blame social media and this incredible, wonderful access to seemingly everyone in the world.

The world now, seems to be a place where we are all connected.  Even to the most obscure simplistic person as myself. Not as others we are in contact with, who may have a high level of notoriety. The people that we were illuded to believe were unreachable. Whereas, everyone is reachable now.

Fast forward, to the Beijing Winter Olympics. Many of us from around the globe are watching these events. These events should not have political platforms, unless the athlete themselves is making a political statement at the present time. Then maybe it lends itself to some critiquing in a political setting.

When watching as many events as I can while writing, studying, caring, cleaning and putting my own training in.  I catch what I see as a glimpse of too much attention on the geo-political scope that the announcers have.  The announcers at certain points involved politics ad nauseum. The excess, at times does harm the athletes in general. The announcers need to tone down their rhetoric.

Nowadays, you have to be living in another solar system to not know there are tensions among countries. That a war may be brewing. That people are dying of some disease or virus or what have you. The Olympics is not a time for put downs. It’s a time for peace. To let others’ rise, even if we disagree with their country’s politics. Most of the athletes are just that. Athletes.

I can say, I was purely embarrassed as an American a couple nights ago. A man whom I enjoyed hearing his commentary, pissed me off.  Mike Tirico went excessively on the ‘horse hockey’ of the world’s troubles. I’m putting this in a broad fashion. Maybe I’ll make you all go Googles this. Finally, Mike tuned it down a bunch. I gather he either couldn’t control himself that particular night or someone encouraged him to put all that minutiae not totally relevant to the Olympics out there.

Yes, there will always be politics in nearly everything, especially sports. I know, because I’ve competed professionally in sports. I get it. But when someone like a Mike Tirico speaks, people listen or at least hear it. He has a commanding voice.

So, such the input he made on a world platform, can open up doors to the keyboard fighters that have never fought but have their opinion. Or those who’ve never done the luge, and think it’s easy…’you just go down a hill, right?’ As I explained to someone recently what type of physical and mental conditioning a person needs to safely and effectively be a luger. It’s a big deal. It’s not so simple.

This brings me to those doors being opened up and against figure Skater Zhu Yi. Figure skaters fall. They all do. Even at the worst times for them to fall, it occurs. But they get up and proceed as if nothing ever happened. Amazing. That’s what I call that. I don’t think many in the world could do that. And that, is what we should focus on… Getting up and continuing on.

And I would understand this. And not all these athletes are so privileged, as I saw some comment. The hatred that was spewed at Zhu Yi, was deplorable. Knocking someone down does not bring you up. If it does, it’s a false sense of security. It only hurts society… And well everyone involved. This morning as I thought about this. I felt alone in these thoughts, like an "Alien at large".---Jody-Lynn Reicher