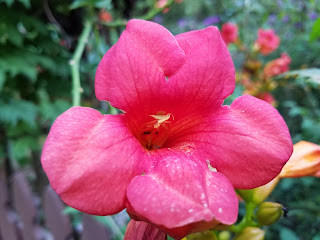 Why is one the loneliest number? Or is it. No and Yes are the saddest experiences you’ll ever know. Sounds like an old song.  The general premise of the song by “Three Dog Night”, was about loneliness.

The song hummed through my head, after popping in an old CD bought years before into our car’s player. “One” was the first song to play. I remember when it became a hit. I was still a kid in 1969. There was something cool about it. I was uncertain what it was back then.

Over a year later in 1971, “Jeremiah was a Bullfrog…” (a.k.a “Joy to the World”) was released on a single. It is a philosophical song about happiness that God desires for all of us. A few of the neighborhood kids liked it, and so did my older brother and I. As The Vietnam War raged on; there was uncertainty to if the war would ever end. And we wondered, as our young neighbor Eve Anderson wondered, “Why aren’t we having world peace?”

On the eve of the new year 1972 about to arrive. Eve was over at our house. She was about thirteen or so, my brother eleven and I age nine. Eve remarked, “It’s so sad to see this year go.” In the background, “Jeremiah was a Bullfrog” played on the radio. Eve, for a strong, few moments appeared in such despair to see 1971 vacate our lives. I wondered constantly about that moment. I wondered, ‘what really was crossing her mind?’ No answer arrived for decades. Then today it came.

Yes, over fifty years later the answer came. Perhaps, it was that I’d been messing around with the piano chords for the song. Trying to figure out, how exactly to play the piano chords for “One”. The song was stuck in my head. So, I decided what little I knew about piano chords. I just had to forge ahead. Meanwhile, I just know my piano teacher will tell me to slow down. And he’ll inquire, “Did you practice the chords I gave you last week?” I do always practice for one to three hours a day on the piano.  But part of it, is trying to figure out the complexity of chords he hasn’t even taught me yet.

Anyway, going back to the meaning of the song “One”.  The thing that grabbed me today was, why was no and yes the saddest experience to ever know? I had life questions, and thoughts the ensuing week and days before I popped the CD with “One” on it into my car‘s player. After listening to the CD and then the song a few times in a two-day span, running errands. I figured out the bewilderment I was having.

I surmise, we are all here today. But tomorrow we aren’t. Someone will be missing. The things we say yes to, have consequences. Like when you say ‘yes’ to a relationship. What happens then?  Do you fall apart? Does one die before the other? Are we even supposed to be thinking on that depth? I’m used to loneliness and being alone. It’s not that it doesn’t have its odd moments. It does.   Yet, I’ve always felt out of place. Indeed, yes in every relationship. I still am shaking my head about my thirty-six marriage, saying to myself, “…Good God, and I was never the marrying type too. It’s weird. Isn’t it God?”

As well, I question losses. Very few know when their gig is up. In my mind, the clock is always ticking. Similar to that notable ‘Biological Clock’, that many women sense at a certain age. For some it’s a panic button. For some others, it’s a ‘ho-hum’ moment.

The clock in my mind has come from a constant reminder as a child, “Life is Short”, my Dad would repeat over and over again, ad nauseum. I started hearing it when I was age four. I vowed never to say that to our children till they were… well actually never.  Because it’ s just too cruel to say to a child or anyone else. No one needs to be reminded. Its better to say, ‘You gotta be happy. Make choices that’ll make you happy and are fulfilling. Be open to change. Roll with it all. And most of all, remember life is a science project. It’s about ‘Wow!’ Now.

One is the loneliest number, but not usually always. Lonely can be good. Being alone, there is more room for creativity and less distractions. Loneliness teaches us about being alone. It teaches us bewilderment, if we let it. It teaches us how to make peace when we feel nothingness. Nothingness is not so bad. It can actually be a form of rest in spirit.

And two can be as bad as one, because it’s lonelier than three and more. It depends on who you are. It depends on what stage in life you are in as well. Two can be lonely, because there are thoughts that even those with the most intimate relationships cannot share with one another because they are beyond sacred. They are the thoughts so deep, at least mine are. They cannot be shared with another human. Yet perhaps, only to where we’ve resided before we landed here in our earthly jumpsuit.---Jody-Lynn Reicher