Ode to B.W. and Her Doppelganger 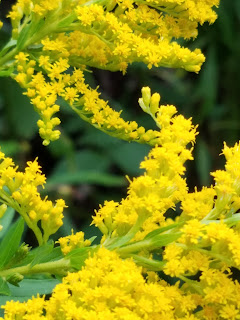 Ode to B.W. and Her Doppelganger

B.W. is for Betty White. And if you don’t know who she is by now. Well… go Google her name. An icon, to say the least. A couple years ago I had a client, who could have been a doppelganger for B.W. She was funny. Looked nearly identical to B.W.  She was kind. She loved animals. And I wondered what I would ever do, if she died. I said this to a couple of people who had worked in my office. As well, to my husband. Yet, he’d never met her. But he saw the gift from her I brought home, of an old train set from her husband’s Christmas collection.

I truly feared this woman’s death and the impact on my emotions it would have. Her end was a bit unlike B.W.’s passing. I watched this woman deteriorate mentally. But she was still so cute. Just so cute, and funny. I just adored her the world over. I treated her for nearly twenty years to just about five weeks before her death.

This particular woman was absolutely amazing. She took care of one of her children who had a disability. She took care of her past her ninetieth birthday. She would surf the net for jokes to bring into my office, to make me laugh. She knew I enjoyed telling funny jokes and stories to clients/people in pain. It was and has been to not only cheer them up, but to help them realize that life is not always about pain and being dismayed. It’s much more. I shake my head when I write this. For I’ve known enough suffering to fill multiple lifetimes. It is just that I’m deep, and she saw that. She read me well.

And she too passed just before the New Year. Only it was two years ago. And a few days shy of 2020. And three months shy of her ninety-seventh birthday. To my surprise I handled it well. I think it was because, I felt she began to suffer. She, knowing she had dementia. It truly bothered her. She forgot I had bunnies and a guinea pig. I would tell her stories about them. She kept thinking I had a dog. I would laugh and correct her. She loved dogs. Awkward? Yes, but correcting was fine.

I told her years before, when she felt she may not be able to drive or walk her dog proficiently anymore. And certainly knew, she could no longer cater to her disabled adult-child. I assured her that the adult-child could now help herself. And that others she knew, would chip in as well. That it was okay to let go of that responsibility. She began to say to me, “Jody, I think I’m forgetting things.” I replied, “Maybe. But let me tell you something. When we get older, like you. Remember most people don’t make it to ninety.”

I continued, “You have retained so much information. You’ve got so many lessons you’ve taught your children and others. Did you ever think. Maybe…  Perhaps, your brain is on overload. And it’s not like we can just empty out all the memories we have. They are there. They are there for a reason. And by the way, it’s okay to forget. Just let people help you. Because that’s okay too.

So now, here we are, B.W. has passed. And I’m pretty bothered by it. Why?  When I think seventy-two years would be just dandy for me. But you see, B.W. influenced an idea I had, and am nearly done writing the screenplay which I pictured her in. Yep. B.W. I thought about you, obsessively. I know it sounds crazy. The day before B.W. passed I had an epiphany. I was stuck in the middle of the final act, of this feature film I’ve been working on for nearly two years. Then, hours before B.W. passed, I had an ‘Ah Haaaa!’ moment. It was to twist the mind of the audience. The fate of which we thought we saw the character in. Was not what it was portrayed as. And that my friends, is the truth about living life.---Jody-Lynn Reicher