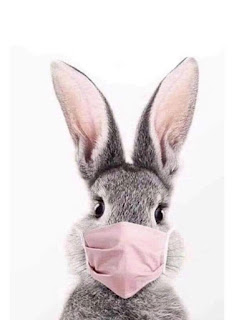 This morning my mind gives in as I wash a dish... "Give me hope (love), give me hope(love). Give me peace on earth. Give me light. Give me life. Keep me free as a bird(free from birth). Help me cope(Give me hope), help me cope with this heavy load..."---George Harrison (his words)

No. I'm not a Beatles fan. I'm more of a classical fan like that of Chopin, Verde, etc...

As I stare out my kitchen window awaiting deer to enter the fray. I know nearly all my chores for the day are done. Chop Wood, Carry Water... I have training yet to do. However, it's remained light for the better part of the past two years. Due to circumstances beyond my control. Every day repeats itself to a large degree. Chop Wood Carry Water...

My regular job/career I've had for the better part of nearly three decades. It's spirit, left over a year ago. Yesterday, I pondered thoughts as I'd attempted to figure out any correlation between the massive amounts of exhaustion in my legs, as well my whole essence. It's not that I hadn't had this before. I can tell you, I can trace it back to end 1978 into the spring of 1979. Yes, I was in high school. I'd felt a little in 1980 hang over my head like a cloud that summer. As well, tortured with fatigue, allergies, birth defects, injuries, and illness burdens seemed unrelenting even then at that time.

Yes there appears to be a mathematical formula in time to this. However, yesterday I realized it was also another formula not necessarily of a mathematical equation, per se.

Yet, with each major change of career, along with a shift in outside sources that were distracting and not ordinary, exhaustion would arrive. Yet, I would continue as business as usual. Chop Wood, Carry Water.

This time, although I've calculated a downturn in my biorhythms every seven years. Which coincides with some of this in my life. I realized that it was everytime I had major life changes, usually a career change. After a career change I would struggle in complete exhaustion. So, this recent change in career arrived from three directions. I knew it was time to change my career again. I spoke with a priest eight months ago and said, "My spirit in this has left the building. Not one ounce of me feels it. Maybe it's too much caregiving involving death for me at this point..."

Oh, three directions... a personal loss, the physical debilitating pain of the destruction my career did to my hands. Such pain began in 1998. Then finally, the last six years of work I began to hear my hands snap and grind as I worked. Chop Wood, Carry Water.

First it was occasionally, then it was once a week. Then it increased to more. Shooting pain ensued the sounds. And finally the third, people not wanting to be honest with me about their exposures. It took only one scare, really. I knew I was fine because I abided by the new protocols and I didn't go back till I knew it was clear I could. But still, at that point I was a new widow and with that now a single mother of two teenaged daughters dealing with our 'Strange Times'. Chop Wood, Carry Water.

My physical contacts before March 13th, 2020 had been reduced by nearly 85%. Work slowed, clients suddenly could not recover from their flus. Doctors didn't know what they had either. And as my spouse had suddenly become terminal, I quit doing anything aside from work, chores and going for a run outside. It's not that I was ever truly social, no. It was that I was enjoying a dojo for BJJ to improve my ground fighting skills in a different style. Chop Wood, Carry Water.

But today I pondered: Is every day the same? Same worries? Same feelings? Why does it feel so different now?

This strange place I seem to reside in.

Others are residing in it. That is if they're recognizing the temporary changes and the permanent ones. That is only part of each individual's evolution. As well, Humanity's evolution for a better world. It's an evolutionary cross-roads of humanity. Chop Wood, Carry Water.

Whether we want to admit this or not. And word has it, I have been known as 'tougher than a $2 steak'. But even I have to admit it. So, it is the stress felt by ALL in this historical passage of time. It is inescapable. Just like, Chop Wood, Carry Water. ----Jody-Lynn Reicher