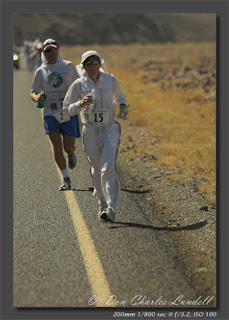 729 is my private celebration of sorts. It’s not that it matters much to anyone, but me. Yet, there is a sense that on some divine level. Even if my old marathoning coach, Tom Fleming were alive he would say, “You know God doesn’t care whether Jody-Lynn Reicher runs or not. Wins or loses.”

However, that was an ongoing debate Tom and I had for over a decade. I refrained from bantering with him or anyone on that debate though.  For my spirituality is mine and no one else’s. Yet, for some crazy reason I know that it matters. And it is that I know it matters on the highest level. Perhaps it just doesn’t equate to anything of earthly value to anyone else. Yet, the running is spiritual.

The grind of my life is spiritual. I strain the body to calm the mind. For I know that is what I must do for me.  It makes me feel things I don’t want to feel. It makes me face the problems of the world, then become introspective.  It makes me feel for others. Yet, it allows me to release to a higher source my frustrations of so much and so many.

Every day is a struggle. Running makes me confront the struggle. It’s always been this way with me and running. Running is still the most difficult thing for me to do. Sometimes it is because I’ve held certain expectations over my head with my running performance, even in solo training runs. While I run, anything can enter my mind.

My ultra-running coach, Dante said that he runs and confronts his demons. Especially on those ultra-training runs of thirty or more miles. I hate to admit it, but that’s about right. You actually find out who you are. Especially, when you are alone running at two in the morning up a lonely hillside, in subfreezing temperatures. You hear coyotes, and you wonder, ‘Is it my time…?’

And sometimes, actually quite often… you hear absolutely nothing in the dead of the night. And this is when you understand why it is so eerie for death to arrive at such an odd hour.  But yet, it makes all the sense in the world, because it is peaceful. The silence is captivating. On a forty or seventy mile training run alone; as it is dark out, you make your peace. That’s what you do. You face your demons. You face all your fears, and you realize there is much we humans cannot control.

The beauty of understanding what you cannot control, arrives with nearly every training run. Those who haven’t experienced that, neither hallucinated in the dessert in the middle of the night; perhaps, cannot grasp how little control we actually have over certain happenings in our lives. Most don’t want to face that. Most of us, think if we win or lose that we had control at getting there. Especially attempting to achieve a win of a marathon, a qualification of an Olympic standard or a world record. Yes, that’s my world.

And you’re tortured seemingly forever when you fail. Because most have no clue what that feels like. They even wonder why you keep trying. For me, it’s the fascination. It’s about being no one, the nobody that most people feel like, quite often in their lives. So, to be the underdog is an enthralling objective. And the science that goes into all of the attempts is worthwhile too.

As well, I realize and remind myself, I am fortunate enough to have the freedom to “Go For It.” I do have to create the time, the space. I’ve had to make certain that the house is clean, meals are ready for the family, my business is running well, basically my kids are happy and I’m there emotionally, physically and financially there for them. Yes, that is why I ran for many, many years as everyone else was sleeping. Cost effectiveness. I could handle four nights in a row of four hours sleep a night or less. I’d had times being awake of eighty-one hours, only to get three or four hours sleep. But I revel in it. Because I could. I was willing to be there for my family, work and sacrifice my sleep. I’d forgo any social situations. Friends I might see at the end of a run, but hardly ever.

I would deny my exhaustion because I ‘ve seen that as part of training for ultra-racing. I avoided coffee with people. Any social time available I devoted to family. I figured since I worked with people. So, at least I spoke with adults and that was social enough for me.

Now, I come to the current number 729. It represents much, yet so little. It’s all how you look at it. There has been much motivation to get to that number. I had told myself listing all the situations that I’d ran through in the past (fractures in my back, legs, feet, ribs, many… Tears and tears. Lung disorders, asthma at 60% lung capacity, auto-immune illness, the list is huge. I thought having been a victim of violent crime and going through a trial. Having abilities compromised, some taken away permanently were the most stressful.) That this was no different.   However, I’m not so sure.

A few things motivated me this time to strive past a place I’d been in my running. It wasn’t about speed, nor distance. It was about staying-power. I had a few challenges. One was knowing that after a while before my husband’s death that he could no longer run. That reminded me, that I could. And therefore, I should.

The next item was a person who was filled with animosity for the world. Who’d felt unfulfilled. Said something threatening to the freedom of my running. She wished it upon me and others. And it was someone who had originally thought themselves to be at a higher understanding in a spiritual sense. I stood there, stoic. I nodded and replied, “I’ll figure a way.” That pissed her off. I told her to stay safe. Got in my car and drove off.

That second-thing, made me realize the number the people I’ve known who’ve thrown darts at someone like me and at me. Remember you just may have been a motivation for a win in someone else’s life. Perhaps, even science.

For the past 729 days I have not missed a day of running. I’d never been able to do that before. Did I have obstacles? Indeed. Foot and leg pains, stomach issues, shingles, broken rib, torn rib cartilages.  Mounting exhaustion from anemia for months. Children having their issues with their losses of their father, a young friend which cut deep and hard into their lives. Their lives and places changing, although wanting those changes, it has been an adjustment for them, as well in the middle of this pandemic that we’ve all been experiencing for nearly two years now.

Oh, the third motivation… my children. They don’t realize it currently. But perhaps when they are in their thirties, when they need it the most, my past will motivate their future.---Jody-Lynn Reicher