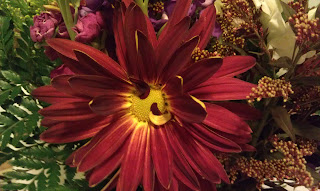 Oh yes. Calling from another room. That’s what many of us do, within our family relationships. My mother despised the ‘Calling from another room’…  As well, my husband said he didn’t like it so much. But somehow, he did not remark his disdain for it till our children were nearly teenagers, and us nearing the thirty-year mark of our marriage.

One day about six years ago, I sat and wondered, ‘When exactly did my husband start despising the Calling from another room trick? Was it after my Mom had passed? I thought more. No. My brain replied. So, it was after the turn of the century for sure. Hmmmmmm. When was it? And what was it that made it so unpalatable to him?’  I pondered. I can say I don’t really like it either. However, the excuse for the use of the Calling from another room trick. Yes, I have one.

My non-condemnation of the use of Calling from another room trick, is that… Well… with the teenagers I’m trying to give them their space. Especially, if we’ve had a heavy discussion. I want them to be alone to reflect. Or to perhaps call a friend and not have me sticking my nose further into their complaints about how tough I am as a parent. That I give them. So later at the dinner table, we can lighten the load of the same discussion without the same emotion.

I think the Calling from another room trick, was perhaps invented by a mom who either needed assistance with one child who was the youngest and wanted to make certain no other of her children were up to no good. Or calling for her husband (This is before the phone was invented, perhaps.) because the potbelly stove needed more wood to be chopped. As he had ignored her, just prior to going out with his buddies to the O.K. Corral for a few drinks.

Or it could be that the wife had joined a new knitting club four acres away, At Suzie McKinley’s home. And he’d call out when their three youngin’ ages 4,6 and 7 were out of control with a game he had invented. As he felt his wife was being silly and too tough on their children not allowing them to play pretend tied up and tortured. This was to replicate the now politically incorrect idea of enslaving another person, just because you could. I really think that is how the Calling from another room trick got started. A helpless husband misusing the Calling from another room trick. And that my friends, is why it is so now despised.

Yep. I love it when I resolve such intrinsic issues of daily family life.  And I now use the trick, Calling from another room to find out what our children (when one is not at college) want to drink with their dinner as I set the table. ---Jody-Lynn Reicher