What I Learned In the Military 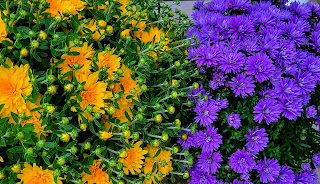 The military is a microcosm of society, or it can be.

Forty years ago I learned some of what I already knew. As a woman I would have to work harder like other minorities.  Just like them, I'd have to work twice as hard as my white male counterparts, and not complain. I could not even edge near doing something uncouth or considered wrong.
Conversely white men had only the basics of living to be concerned with.  God forbid if someone stalked me, attempted an assault or assaulted me, well it was considered either my imagination,  or I was overreacting or I asked for it.

Yes, that is the way it was and still is for the majority of women and minorities in this country is.  So, when a man of color is murdered because he was on a training run for his sport. Or people wonder why would people of color, could be so angry as to burn buildings.  As much as it grieves me. I understand why this occurs. I can say the only thing that holds me back from stepping over the line, is hope. Maybe some kind of discipline. Where it came from, it runs deep. It's soulful. But at the same token, I am enraged. I am enraged that we've allowed white boys and men to not get a prison sentence after committing a crime like rape, because their future is considered too precious.

The message we receive as women and minorities is that white men matter more than anyone else. The constitution doesn't represent anyone other than the white man. And this is the truth majority of the time.

The minute you're considered unable to be kept as women or restrained, you become the problem.
You make reasonable demands on job opportunities and wages, you're causing trouble. The minute you assert yourself you're either considered ungrateful or you earn their privilege of them calling you a derogatory term.

As a woman you are vilified when you decide not to socialize as other women do in your community. I saw it happen to my mother. And I recognize it in my life as well.
So, what motivated me to write this piece, is when I see people of color vilified, discredited,  lives considered not equal. I feel it's an attack on me.  And when a man of color is finally recognized as truly equal, then women will be too.----Jody-Lynn Reicher