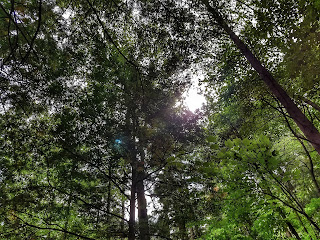 When you’re on the spectrum…

Yeah, I guess that was a surprise. I always wondered what was wrong with me, till one day in February 2014. I was taking a class for my license, credentials for my practice. As we did our first role-playing. I realized that I didn’t have to pretend to be the HFA (High-Functioning Autism) student. I was creeping the guy out being myself.

I hate to say I got some joy out of it. It fascinated me. How easy it was for me to pretend to have HFA. The professor instructed us beforehand that it would feel weird, because we were all ‘normal’. As he explains how to act like a student with HFA, I’m thinking, ‘but I do that… And I do that. And that too.’. I was almost ready to raise my hand and ask, ‘Are you sure…?’ But I held off.

During the role-playing exercise, I was in my element. And no one else was. I could hear the professor in the background saying, “I know how you feel.” I heard classmates sounding uncomfortable. And when it was time for my partner to be the student, I was way cool with it. I was relaxed. I don’t think anybody else was. My role-playing partner apologized for not being able to be what he wasn’t. I responded, “Hey, you’re normal. It’s okay.”

After the six-hour class, I drove home on the highway. I reflected on my fight stage name. I took it in honor of my quirkiness others had seen. Better yet, it was the name that my long-distance coach Tom Fleming gave me in the late 1990’s. (I could actually tell you the day…it was sunny, barely a cloud in the sky, June, in the low seventies, 1998. It was a Thursday. I made leg of lamb that night for Norman and I. It was a late dinner, about quarter past nine. Maybe it was sixteen after nine, but probably seventeen after nine. I won’t get into the milli-seconds.)

Back to Tom. Tom had been a special-ed teacher. I’d hear Tom say it quietly. Every time I’d passed Tom holding the watch, timing us on the track. I’d hear, “Rainman”.  Some who’d caught on, would wag their heads, some would giggle.

After a few track sessions and my seeing the movie “Rainman”, finally. I realized I had some of those ‘Rainman-ish’ attributes. One morning in our kitchen, I started talking like “Rainman” in the movie. I have been doing impersonations since before age five.  I’d made up some voices and others I’d copy. Mannerisms, voices, movements, and such I’d impersonate. It was and has been my comfort zone. Too bad I don’t get paid for it.

Now that’s the upside. Quirky, has been good to me. I accept that I am. The downside is that, I almost always feel uncomfortable around most people. Yet, I do know that I’m one of the few people that actually, ‘get it’.  Get life that is. So, a couple of my medical friends have told me in private.

In my life, everything is through observations. That’s the downside. I had a police officer I knew. Knowing a little bit about me. He remarked, “I’d never want your mind.” I quipped, “It would make you a very good detective.” He replied, “Yes. But you remember everything. I wouldn’t want that.” The downside ‘ahh haa’ moment, I battle.---Jody-Lynn Reicher