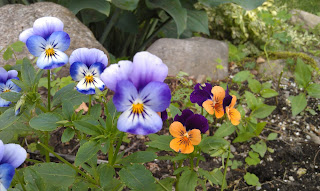 Just as I was dozing off, my text message bell ‘tinked’.  I made up that word. Because I knew, it could only be my oldest three times zones away. No one else would have forgotten that 11:30pm was too late to text me. Yet, the timing of the ‘tink’, set off the ‘Mommy Alarm’. Its just that. Or it’s a really, super close friend in a bind. So, either way I’d better check the ‘tink’.

Yes, it was child number one three time zones away. So, as adult as she’s working on being as a freshman in college, there is so much more she needs to learn. I saw her panicked texts. I understood her premature panic. She thought she was ripped off and now out $400. I texted to her ‘not to worry’. She wondered how this could have all occurred. I texted her, ‘…it will be resolved in the morning. I need to sleep’.

It’s funny, I know I’ve gone through this type of panic phase with expenditures myself. You panic, because you want to be frugal. You want to be secure. She wants to show maturity. And its not always that you want to show the world you’ve matured. Yet, it’s deeper. It’s personal. My LAST words to her will be, “If you haven’t done something before, ask me. That’s why I am still here.” They won’t be my first words. If I were to make them my first words, I would surely be shut out from her kingdom. Yes, laugh now. That is how many young people trying to gain and show independence have you, their parent(s) set up.

The setup is, “Take Suzie and I to the mall. And for God’s Sake don’t tell any of your jokes. No stories please. And well, could you just drive us?” Parental response, “I don’t know you. Will I get a tip at the end of the drive?” Teenage eye roll. Parent continues, “I’m so kidding. Seriously, I’m kidding.” Another teenage eye roll.

Back to last night into this morning, as she wore herself down with unimaginable panic. And I’ll call it unnecessary panic. Why? I’m her mother. It’s that simple. Most parents hopefully feel that way. Why? Because we must. We are their fallout shelter. Yep. It’s that simple. Not a wrinkle of panic, do we show. Because you could again get kicked out of their secure kingdom. So, I stay in my undisclosed location for emergencies.

Oh, the Special Line. “It’s going to be okay.” No matter what, it will be. I convince myself nearly all the time of that, because as I told myself during the Vietnam War, when my mother who was ill would panic about my brother possibly getting drafted. I’d say to myself, “I don’t have a bomb dropping on my head. I have bread and milk every day. I can walk. I wear shoes... And I will do all I can to make certain my brother doesn’t get killed in a war. I will go instead of him.” All that, remains in my mind. It all worked out. To this day, I process all those thoughts at least once a day.

This morning, I decided I would go to the bank with the letter sent to her that was contradictory to the email she’d received days ago. The two items came nearly at the same time. One from what we thought was place she had the purchase, and the other was from the bank and credit card company. I arrived at the bank early. And as luck would have it, two of my favorite bank officers were in. And no customers were in.

I showed both of them the letter and the email. The snail mail was from them, and it said ‘they recognized the situation and would be remedying it relatively soon’. Sooner than myself or my daughter thought. The email was odd though. It was from the vendor she had the purchase with that should have credited her card. They had the wrong card number and wrong card type as well. Weird. I was glad that I told her to give no information out to anyone, and not respond to the email, till I got back to her.

Even though it appears resolved in a matter of days from now. I pointed out the honest mistake she made, as far as the vendor she used online. She was trying to be independent. And she’s usually quite savvy. But like all of us. Every once in a while, we are ahead of ourselves. Until we crash and burn, losing time and sometimes $100.  I told her, that “…this is adult life. This is a lesson. And continual drama is unnecessary and draining. Live and Learn and Pass it on. It’s okay to be upset. But know the mistake. So, it’s not repeated in your life.”

Days from now the conversation will be, “Was it worth the blood pressure fluctuation? Will it matter five years from now?”

She now knows I am the “Anti-Drama Mama”.  So, these little panics our young adults may have, are a kind of slow version of Pon Farr. Yet, can be just as painful to them, because it is real. And it’s in their reality.---Jody-Lynn Reicher