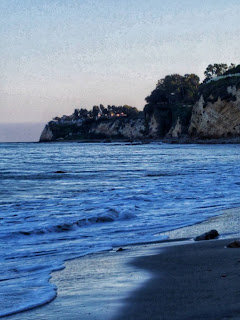 About two weeks ago I was chatting on the phone with a friend.  I expressed to her a situation, that I witnessed with one of my daughter’s friends. And the people that supposedly were my daughter’s friends in the past. There were things I didn’t appreciate about some of the friendships. My friend responded, “Reciprocity.” When I queried if I was incorrect in considering that certain friends and acquaintances only wanted to be her friend because she could help them. Yet, they would undermine her in various ways. My husband, two years before his illness told me to, “…let her be. Don’t intervene.” I did as he expressed to me. I didn’t like it, but I let the subject with him go most of the time. And before my husband passed, he told me he was wrong and I was right about friendships.

I thought back to this, this morning as I was making my bed. It reminded me of this girl I was in Brownies with over fifty years ago. She was the middle child of three. Her family was upper middle class. I was from a lower-middle class family. Her mother was healthy, mine wasn’t. Her father was a family man, mine wasn’t.  I reflected that when her and I were together, her being a brat almost was completely deceased. However, the minute we had a third-party present, either I or the other party would be picked on by her.  It was so, by age nine I drifted away from her. Barely riding my bicycle to her home, a mile from my home to play with her.

What I saw was I didn’t want to be around a bully. I was the nice kid. I was the great daughter. I truly was the great daughter. I just didn’t realize it till five decades later. I avoided all confrontation, problems, and so forth by doing what I was told to do. Not talking back.  Never went out on the night before Halloween, ever.  And even so after we moved to a much smaller town before my eleventh birthday. Where then I was relentlessly picked on even in front of others including parents and teachers. It was nearly every school day for all my middle school years there. I remained the same child. I only wanted to do what was right.

Doing right has its negatives and its positives. But at the end of the day, the year, the life, the only regret I may have is, I truly should have broken some kid’s noses in that middle school. Truly I should have. But due to my mother’s illnesses, and my Dad’s work in the town. I refrained from doing so. You see, I always considered everyone around me. It’s called Thinking Globally or Global Thinking. Either way, that has been me.

Oh, the kid from my old town. When we moved, we were three miles from her home. So, in the summer or a week we’d have from school I ‘d ride my bicycle back to our old hometown. And every time I saw the ‘Brat’, I wondered how I was ever her friend. Because I surmised, I really wasn’t. I was just the safe kid that her mother could trust to keep her daughter from doing stupid or disruptive things. I hadn’t been around her more than at Brownie meetings and play times about three to four times a year. And when I was around her, much of it felt contrary to who I was.

Finally, by eighth grade I decided not to try and have friends. Either no one was home. Or I was too busy helping my mother, or just enjoying my own aloneness. My mother didn’t understand that. It actually bothered her that I liked to be alone. Although I didn’t have a word for it, I knew what I wanted in a friend. I wanted to just be. Laugh, go for a run, play on the playground, ride bikes, stuff like that. Do homework together, maybe. Help each other.  Share the experience of growing up, being a kid.

As luck would have it, the town we had moved to was small enough that we had to go to a regional high school. I made a ton of ‘loose’ (didn’t allow closeness, ever) friends and bukoo acquaintances. The kids from my town, fell by the wayside. They now had to get along with two-hundred other kids, that could kick their ass in grades, sports, and kindness. If life was a competition, you could say I sort of won. My home was still a little bit of a hell hole. But running was grand. And most teachers cared. Unlike the smalltown minutiae.

It’s not that I wasn’t wounded by those middle school years. I was. It’s that, I knew at the end of the day someone might know who I really was and always be employable. Because to survive, you have to be employable. I saw the bigger picture. How you treat others, consistently is who you are. And at the end of the day, the year, the life, that does matter. And it matters in business. In the beginning years of my successful business, I wondered why people seemed to like me in so much, as to telling me all their personal whoas. Then without my asking, a woman said to me, “You know why I like you?”  I replied, “I don’t know. I never thought about it.” She responded, “Because you don’t have an agenda. And everyone does.” I was stunned. I didn’t know what to say. I cautiously, feeling stupid asked, “What’s an agenda?”  She sucked her teeth and snickered, “You don’t have one.”

Flash-forward to thirty plus years after my family had moved to a small town, a ‘Peyton Place’, if you will. I was now married, and a working-mom. I saw the old friend that was a brat, from Brownies. We were in Bed, Bath and Beyond, she recognized me before I had. She called out my maiden-name. The minute I heard the voice, I knew it was her. Gets better.

Here she was a mother of two, and seemingly not all that happy. I smiled. I was happy and greeted her. Tunneling under her breath, I sensed a busload of anger. Yes, she was becoming a single mom and now going through a divorce. We said small words. Not much. I realized, as much as I’d been through all sorts of hell surviving fire, flood, crime, trial, aloneness, and disease. I remained that good kid. Doing everything not to hate. Not to begrudge. In seeing her I realized, she hadn’t developed that. And that is a big part of growing up to become an adult.---Jody-Lynn Reicher