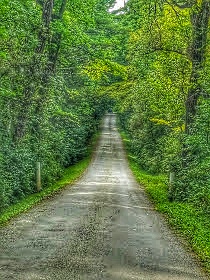 You really must forgive their ignorance. They do not know any better. It is such a shame. The truth is right in their faces. They just don’t get it. Even as much as they have matured, they find fault.  They wonder why they feel unforgiven, forgotten. Okay, it may be true. But there are valid reasons. Are you ready? Are ready for a little truth? A truth your unwavering ego doesn’t want you to know or rather admit. You don’t always know better because of your age. That is the first truth.

Now, I’ll continue. I remember the query I had nearly thirty years ago, as my husband and I were walking away from a gravesite. The crowds of friends and relations were much behind us. There were tons of people there then. I whispered, “He was so horrible. How in the world could such an egomaniac, who harmed people make it into their eighties?” Norm responded, “Well, it’s not up to us.” I replied, “Yeah, I know. But what gets me, is that… he didn’t know all the things he proselytized about or said he knew. He was harmful. And what is worse, most of us are taught that an elder person is to be respected because of their age. I don’t agree with that.” Norm replied, “Age has nothing to do with maturity or intelligence.” I responded, “Thank you.”

This all brings me to a point in which I see the people around my age and older saying, ‘The Good Old Days…’ I say, ‘Seriously, get over yourselves’. Instead of putting young people down. Maybe just a little… If you can, let them step on your back.  They will learn eventually. By older people pointing out a young generation’s flaws constantly. By doing such, you are pushing them away. You are pushing them away from things that have been around that are good. That shouldn’t die with the old guard, so to speak. Yet, you the elder curse without completely understanding the younger.

Things have changed quite a bit in my near six decades here on earth. To the elders, keep the door open. Be attached to extraordinarily little. In doing so, you will have more peace. And at the end of the day, there is no forcibility that can be implemented for gain. There is no gain you don’t already have. There is no immortality. We’ve already had founding fathers. But there is still greatness in innovations to be had. Bukoo inventions and ‘Ah Ha’ moments that you could never imagine. And will may never witness. Including miraculous things, such as possibly a better way to conserve nature, energy, etc… Creating perhaps, a better understanding of what it is to be human, and most excepting it.

You the stodgily, will lose out in your final days from a potential of euphoric joy. Of which could be gained from reveling in the younger generation’s oddities that you don’t or refuse to understand.---Jody-Lynn Reicher