The Words Are Not My Own 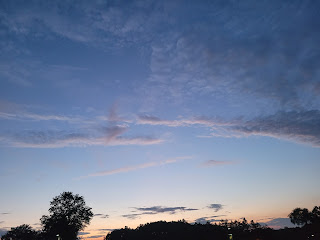 Tonight as I watched the Chaplain at Dover speak about the services he performed for deceased military personnel.  I realized that what he'd experienced of having words come through him. He surmised,  "The words are not my own.That's what happens sometimes. It just arrives without any preparation."

As I listened to his sincerity during a low key interview. I realized that has occurred to me as well. In many instances. Yet, I remember being called upon, last minute to perform a small speech as part of a child's eulogy.

As nervous as I was. I was out of my culture.  Out of my religion. And twenty-five years ago, out of my league, when it came to speaking at such a serious event.

The way it came about, was when I entered  a Pentecostal Church. It was in a city near where I'd been helping care for Pediatric AIDS outpatients. As I entered, immediately the paternal grandmother's sister recognized me.  Although she'd never met me before.  Well, my white pants, and my ehh hmmm bewildered body language along with the lightness of my skin gave me away. Hysterically so the truth.

She, talk about a high level of emotional intelligence befriended me without delay.

She stated, "I know who you are." I smiled. Her warmth and generous welcoming embraced me with a 'high' feeling of only unconditional love.  She continued,  "You must be Jody." I nodded. She said, "After you pay your respects,  you can come sit next to me and my sister near the front. We want to hear from you." I nearly fell over.  Now, how could I not? Upon such a gracious, loving invite.  But what would I say? I knew her illness? I was at a loss. I thought,  'Oh Good God. Help me.'

After I did as expected and paid my respects to my now deceased child-client. I then went and sat back next to the grandmother and her sister.

The service began, then became jovial with individuals coming to the front and performing solo spiritual songs. It was like a gospel concert with only the BEST singers.

And then it arrived. My time to speak as part of a few others to do eulogies. Meanwhile,  I'd discovered there were about twelve or more ministers related to the deceased, present.  They'd flown in from the South and Midwest to little old New Jersey. I felt the pressure mount.

I got up,  unprepared.  Yet, I knew every word and how I conveyed it truly mattered to these 150 or more related persons. We were all gathered together,  not even standing room seemed anymore available.  And eyes were now upon me.  'Oh Dear God. Help Me.' My soul begged.

So I began.  One thing I remembered was every time I said God or Lord, the ground rumbled, the air shook with strong "Amens!"

After about my third line I realized something good was happening.  I spoke cautiously, intently.  After a few minutes I'd finished.  I felt high.  Amazingly so.

When the service was over, as I was exiting past pews, people shook my hand,  thanked me.  And the most invigorating was just before the doorway exit. These tall men, about six ministers from her family told me I did good and thanked me. The sincerity is one that will never leave my essence. And I knew... The Words were not my own---Jody-Lynn Reicher