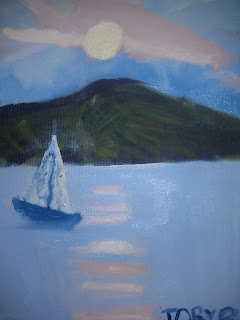 About eight years ago I sat in one of my physician’s treatment rooms. Her and I would have these talks,  even though we both were busy. But that’s what happens in most doctor’s treatment rooms I enter. There’s usually a philosophical overtone when I walk into their treatment room. Usually, it’s me to them. And it’s starts with a query from me. Like an innocent child would ask. However, it’s usually an ethical or scientific question that is gnawing at me for years.  And then it grows into a question to someone I respect. Someone that will give me an unbiased, straight up, and unadulterated answer.

Responses have been from a gasp, to a drop of a folder, nearly always a pause. Yes, I really hit the mark with ‘Winner’ queries. And then an honest answer from them. And ergo the discussion time. I’ll apologize now for holding up the other patients behind me, who just want to get in and out. Most are afraid to be so honest with their physicians. It’s like it’s a waste of time to them. To me, it’s science. Actually, it’s usually always about science. It’s a way to make the allopathic and alternative medical fields grapple with what they ‘think’ they know.  Over time, conversely, when I enter their treatment room they are the ones asking the scientific and or ethical questions to me.  They actually want me to opine. So, in turn, I acquiesce.

Now going back to that day about eight years ago, as I sat on her treatment table. I can see a frustration brewing from the physician I call, “My Other Jewish Mother”.  She is Jewish for real. I’m a ‘shiksa’. She is not all that much older than I. She beats me out in age by one year and five days. So, I’ll respect that. It’s not her age obviously that grabs my respect. It’s her ‘out of the box’ openness and honesty that grabs my attention. None of this straight-collar stuff. She just comes out, graciously, yet sincerely and speaks her mind to me.

This one day, years ago, we begin to discuss marriage, sex, and monogamy. When I trust someone immensely, I invite nearly all conversations. The ethical question she had was, “Are we supposed to be married just once? Live out our lives after marriage, having one sexual set of encounters with just one person for the remainder of our earthly lives?” I can say, I was not ready for that question. The planet I come from is old. Older than dirt. Probably, older than dirt ever existed. I responded, “Wow. I never really thought about that. But I really stink at intimate relationships. I guess I just married the right person.” She continued, “I don’t think we are supposed to be monogamous like that. I actually am beginning to believe it’s not natural. My sister and I had this discussion. But you see she has a different relationship with her spouse than I do. It’s more exciting.”

I was completely thrown. ‘Exciting?’ I thought. ‘My intimate relationship and family life I desire total calm. I have had too many struggles in family life. I work so hard to be agreeable. At least at home I don’t have to deal with mindless hoards of people.’ She looked at my dumbfounded face. Well, actually it was my face of discomfort. No, not pain. Subject matter. ‘What was my Other Jewish Mother telling me? Sweet Jesus! I’m having a tough time being a good spouse. Never mind an intimate partner. Let alone at the same time.’

On the outside I can juggle quite a bit. But on the inside all the apples and oranges… Well, many have smashed on my proverbial floor at the foot of my world. It’s that I hide the messes to the masses. I waited a second or so, as she looked at me waiting for some form of answer of camaraderie from me. “Well, I um. I’m just not that. Good God that’s too intimate. I can only handle one intimate partner in my whole life.” She looked at me, as she were my teenaged daughter saying, ‘Seriously?’ “Being married is complex. I mean like the baggage other people have to put up with.”  She replied, “I mean sexually.” I responded, “Nah. Frankly, I could do without it.” Talk about mind-blown, the look on her face was priceless. I continued, “I just can’t see it. I’m not even there. Yet, it is a great question. Nature versus what we think is ethical. So, you’re saying we are animals. And like animals, most of them aren’t monogamous. But we are a different species from what we consider as animals.”

This is brings me recently to having a conversation with someone. Although far away in distance to me, we are tight. She many years my junior, married now over sixteen years. In the relationship for nearly twenty. She asked me how to handle her marital relationship. I replied, “In over thirty-six years of marriage, Norm and I practically disagreed on everything. Yep.” I think she nearly dropped her phone on the other side of the conversation.

I continued, “Raising kids as well. I hate arguing. I also felt he was way too stressed over the last years of his life from with work-related stuff. That was before he got sick. I so wanted peace. And I recognized his stress level to the point, he even questioned me years before we knew he was sick. He’d ask, ‘You don’t have anything to say about that? Aren’t you going to argue?’ I’d wag my head and reply, ‘No.’  He would wonder why.  Why? Because I was trying to give him longevity. I did all I could to keep his insides calm, that’s if I could. And that was without knowing. Yet I sensed intuitively that his body couldn’t handle anymore stress. And I wasn’t going to add to it. I realized one of us had to survive to finish raising our daughters. And I thought it was him, not me. I knew my birth defects. And my defects I’d built to overcome whatever I was born with and into. He appeared to have none.”

She responded, “Wow. I would have never thought that.” I replied, “You’re not the only one. But I’ll tell you something about marriage. It’s about all the disagreements and getting along regardless of any opposition the two of you may have to one another’s opinions. Because at the end of the day, you got to get along with one person, besides yourself. That’s if you want someone in your life. Disagreements and differences don’t matter. It’s on a much bigger scale. You got to see it as a whole. It’s less messy that way. Life is tough enough as it is. People will have aversions to doing something that you feel is logical in your relationship to them for you. But they’re just not ready for that or maybe you’re reading them incorrectly. Marriage is truly about knowing someone deeply. Accepting things about them, even the ones you don’t know. And seeing them as a whole person. Rolling with the things you think you don’t like about them. And if you view it that way. You’ll reckon with the work that needs to be done. It’s not about sex. It’s about personal growth.”  Do we grow complacent? No, we grow loyal.---Jody-Lynn Reicher