I Buy What I am Sold 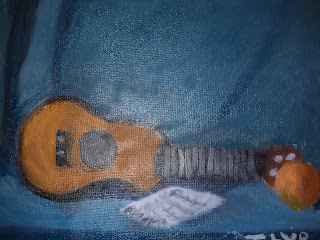 No, I truly don't. The line is from a Leonard Cohen song. He sings the line, "I buy what I am sold..." I can say I'm the anomaly that does not buy it, when a high percentage will. Yet, I keep my mouth shut. I wait. I watch. I listen. I have surmised no one wants my opinion for good use. They may want it, to use it for destructive purposes.

I do not know which subject to pick, because they are all controversial to me. Our youngest the other day commented, "Mom, you are unrelatable to anyone" I agreed with her.

You have to make your own road map. If you don't, you will not make your own path to safety, to learning, to caring, to helping. As well as being peaceful at some point and time each day of your life.

Bewilderment is good. People who allow themselves to be bewildered and not easily swayed are probably, willingly good trouble-shooters. I'll give you, the reader an example: Over the last decade or so, with the internet becoming more, and more advanced, quicker, and quicker in many ways. I noticed my frustration level ramping up. I would fear getting anything new, electronically. And to a ridiculous degree. I think I actually had made myself suffer unnecessarily.

As I began to realize this. I have had major changes in my life. Some I chose. Some thrust upon me. Throughout my life always, that has been my life. After near seven years with one phone, I decided to forge ahead. I knew it could be challenging. Yet, I also knew my seven plus year-old phone was probably going to fail sooner rather than later. The transition has truly not been so challenging as I thought it would be.

And to boot, I learned how to use my husband’s old phone, a completely different brand than I was used to. Recently, I decided I did not like, not understanding certain things about today’s data, computers, computer sciences and the like.  I’ve been working with computers for nearly forty years at this point in my life. I had adjusted to various software over the last seven years. This due to my writing books for paperback, then ebooks. Then changing my writing style twenty months ago towards screenplay writing. The screenplay software formats seem to change nearly every four months. And Hollywood’s demand of how a script should be put together by writers, changes as well.

So, about a week ago or thereabouts, my old ultra-running coach, who teaches computers and is an AI professor at Georgia Tech. That along with him having a medical doctor background. He also has writing skills for screenplays. I tapped into him and asked, “I’d like to take a small computer course and study HTML and so forth. Any recommendations for areas of study I could do on my own?”

He sent me a link to what he felt would fit my request. Not only did it for what I felt my future needs may hold, it opened up a whole new area of learning for me.  As a matter of fact, I got so into learning about data analysis.That, I’ve completed about thirty percent of an eight unit course to be credentialed in Data Analytics. I studied nine to twelve hours a day for seven days in a row. I really don’t know how I’ve done it, along with parenting, cleaning, cooking, finishing up a screenplay re-write, lawn care and pet care, along with business meetings. I know I barely ate. I made sure I had water. I made sure I ran and stretched every day.

To my surprise, I found out that I knew much. I didn’t think I knew anything when it came to data analysis. Gets better. I get an email from the learning center of the college and credential oriented company that I’d been taking the course(s) with. It said that I had finished the first two of eight credentialed courses 74% faster then their average student. I also realized their average student was probably twenty to thirty-five years younger than I am.

What this all shows me, is that there are always doors available to be opened. Even in areas you think you have no business being in. That they appeared out of your league. I found out quite conversely that was an untruth. And as usual, I was able to gently force a change of thinking because I did not buy what I was sold. ---Jody-Lynn Reicher