Where Do Squirrels Go? 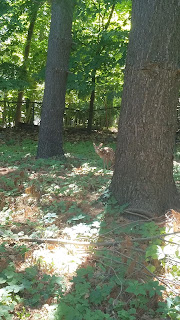 Where Do Squirrels Go?

Quite often I ponder such thoughts, as when a fawn missteps, and has met its demise at an early age. Quite often at the hands of humans. I wonder about its mother and the feelings of which she may feel. I run past roadkill, and as I do I say an old prayer I learned at age four. I pray for its family. Then I ponder thoughts on the family that the creature has left behind. This happens, at least once a week on my daily runs.

I wonder, is it just that the creature has just left the earth; and it is completely no more? Or does its essence arrive somewhere else, intangible?  I do understand that it may very well be that deer, squirrels, bunnies and the like don’t have much pondering other than survival while they exist in their physical form on this earth. Probably.

As I reflect on times in my life when I’ve watched others in fear for their children’s lives or spouses' lives, I felt their concern. Yet, I’ve thought, why would anyone think mine would matter to me all that much. In essence, I am no more than a care giver. A picker-upper. Maybe I’m someone that makes you laugh. I am a good worker.  However, I know that all that I am, can easily be replaced. I have always seen it that way, pretty much.

For me, I don’t think it’s a bad way to look at life. When I went into the Marines, I knew long before it all, that it could be deadly to go into the military. Yet, to acquiesce inquiring parents, classmates and the like, my response was light. I made light of it. “It” is the possibility of my killing someone during conflict/war and or being killed myself. Being killed didn’t bother me. Killing someone, I wrestled quite a bit with that. You know you bargain with your Maker.  Well, that’s if you’re me. So, to forgive myself for knowing I may have to take an order and kill someone; I assured my Maker I knew it was wrong to take a life. However, I let my Maker know, I would only do it, if required. I never told anyone that.

I looked at my dying as a Marine, wasn’t so bad. Why? Because I’d accomplished what no man or woman in my family ever had. I was willing to run into danger. I didn’t need to be told or drafted to serve. I’m going to say that I’m NOT brave. I just see another angle. A bigger picture. I saw it and see it as opening doors for others, and if I survived for me. Possibly giving benefits to others by my choices. As well, defying the naysayers of what any girl, any woman could not be. And that is what I looked forward to. I live for that.

As well, I do know that when I pass, no one will ever know who I was. It’ll be just a stone slab with a name on it. The sun will beat down on it, the wind will blow on it. The rain will wear on it. Snows will come and go. It’ll become hot in the summer, warm in the spring and cold like ice in the winter. All the things I Love, will be right there. Where do the squirrels go…when they die? Who feels for them? Do they have a clue, an assuredness of Heaven and Hell? Does it matter?

We intertwine our lives on this earth. With the way some act, they apparently think they’ll always be here on earth in physical form. Truth be told, that’s not so. The stats are ninety-three percent of us, or thereabouts don’t really believe they’re ever going to die, until that day. I don’t feel what others feel. I contemplate my actions, my reactions as to how it matters in the next five seconds, five minutes, five years. No matter how we slice it, there is some kind of comeuppance at the end of each our lives. Trust me there is.

As well too, I believe and sense, yet not completely knowing, that I will feel a forest of trees, perhaps a smell pine and sit with the deer, bunnies and birds at some place in time. But what I do now, I figure out how I can do that here. Because here, now, is where it’s at.---Jody-Lynn Reicher