No Time To Feel 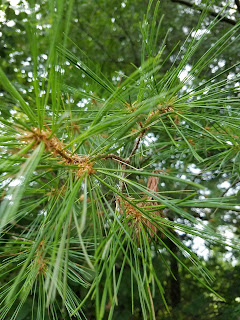 No time to feel.

"I don't cry at funerals." I told a medical doctor, a professional acquaintance of mine ten years ago, as she rested in my treatment room.

"Really. Do you think that's healthy?" She queried.

I replied, "Maybe not. But mourning in public just isn't my style.  It's just too intimate for me to do publicly."

She was stunned by my near monotone stoic attitude about my own feeling of seemingly no feeling. Or so it appears that way to others.

It's not that I've never shed a tear at a wake or funeral.  I think maybe it’s twice out of the over fifty times I've arrived to say good-bye in person to the dearly departed. ...well and some are not so dearly.  You're present so that no one knows your true feelings. Yes, I'll admit, I'll go to make nice. One time was so rough, but I managed to appear solemn.

I'm good like that. I know how to show up, fake it, move it, play it down, play it up and keep it down.  Somehow, I was trained before I can even remember. When any supposed training of such behavior had occurred.

What this all addresses is the current state of the world as a whole... the ineptness, greed and laziness that has arrived in my realm. Things that should be simpler after the passing of a loved one.  Or trying to arrange college paperwork for a child. Medical appointments, that your child should have had proper diagnosis immediately, to prevent a bigger problem. Yet it took three appointments or more, four or more phone calls to get it right.

Or keep a company from all of a sudden billing you for something you discontinued eight months ago. They do this, more than likely, as they take a guess that you're too busy to notice that they're billing your credit card without your authorization.  All while you’re trying to keep house/home, do your yard work, cleaning gutters, foodshopping, work, take care of the children,  take care of pets. Cook great meals...Run the entire ship solo.

You are so busy, you have little time to look over the fence to see how someone else is coping. But because you go out and run every day. Well, that gives you the time to ponder.

Then when you hear other people expressing joy, sadness, other emotions as their children graduate, go to prom, go off to college and so forth.  If you're me, you cannot even relate.  Why? Because you don't have the time to peruse such emotions.  You need to stay stoic, not feel anything.  You cannot spare one ounce of energy, changing up and down your emotions with such unabashed freedom.  Plain and simple, if you're me you just don't have it. You park it somewhere else inside your mind. You compartmentalize.

You also reckon with the fact, no one else you were directly related to ever had it for you. Support that is. Except, your spouse who's no longer on this earth.  Funny, I would watch him get more emotional everywhere and know it was his way, his freewill.

All this is a matter of where you came from.  I live in a town where I've witnessed people having things done, whether they can afford it or not. It's a sign of the times, or of how it's always been when you've had family support. A support system.  Their's appears not sparse. Quite converse to my life experiences outside of my husband.

Though for now, for some crazy reason this privacy of my own intimacy has served me well.---Jody-Lynn Reicher