I'm not your fortunate son 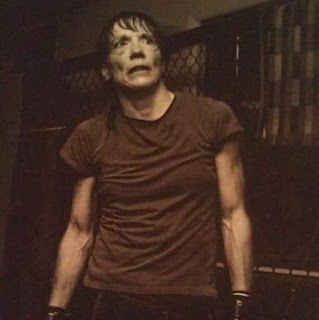 I'm not your fortunate son

As I was preparing for my first MMA Fight in autumn of 2010, my coach and some of the men in the all male fight gym wondered what would be my selection for my walk-out song. I knew we'd have a good audience in Atlantic City. So, I decided since I never felt too fortunate. As I was nearly always considered the non-athlete athlete. I struggled in anything athletic. Yet, the one thing I had and got going for me, was my pain tolerance, my willingness to keep going regardless of how bleek the outcome may seem. And my unwillingness to become completely dismayed.

I thought about comments my coach Phil, the men in the gym, and a couple of former coaches had said and implied to me. A line from my fight coach "You're the son your father always wanted." Yep, that's about the size of it. And seriously, it had been implied when I was a child by some family friends and some of their workers.

As the fight got closer, I realized I couldn't have them play Verde, too down. Chopin, too soft. And Good God not Vivaldi, and definitely not Mozart. It had to be an audience grabber. It had to represent the blood and sweat of the men I trained with. And it had to be tongue in cheek liberating. It had to liberate me. It had to be a truth about me and how I truly felt about my childhood as a lesser considered human.  Yes, that is how I always felt.  Lesser. Yes, the women, girls who decided to step anywhere  but in the kitchen, were slowly brought down to... below size. I needed to liberate that.

So, on a sunny Saturday morning, I arrived in Phil Dunlap's basement gym early. My Fight coach was speaking with who became my many years wrestling partner, Peter. Disciplined, 6'4" in height, and 190lb linguistic genius who had fought in Japan. After I  took off my shoes that morning, I stepped through the open caged door onto the red mats.

I paused halfway in, "So I got an idea. I think I have my walkout song for my first fight." I paused, hoping for approval. They turned my way, "Yeah", they chorused.