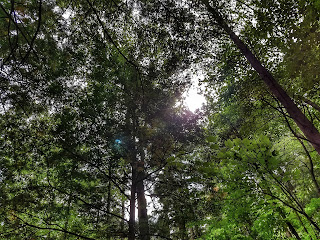 I went down there twelve days later. To New York City that is. I’m not a city girl. In fact, I knew nothing about New York City, that just lay within forty minutes of my home in New Jersey.  Yet, my heart was ripping, I had been a Marine many years before. I’m used to helping people. That at the time up until earlier of 2021, was part of my business/job. So, I knew I could somehow help.

I felt guilty that I was living, and people were dying. And we were suddenly at war, as my husband and I were ready to adopt our first child. I prayed to receive the call after trying to connect to volunteering at ground zero. The call came from a fellow therapist, out of the blue. I was game.

I told my husband at the time, an inner-city high school math teacher in New Jersey that I needed to volunteer on the weekends at the World Trade Center sites. He understood. He knew how I felt. He thought I’d re-up. But I knew I was dedicated to him as well to have a family. As we’d promised one another. I was torn. So, I went and volunteered what little I could do, for such a horrendous situation.

As crazy as this sounds, I watch and look over 9/11 stuff near and on and just after the anniversary of that day and the surrounding days every year since. And sometimes, when I come across a story I read it or watch it. The other night as I awaited my oldest to arrive home from playing miniature golf and being with a best friend three doors over, I finished watching “World Trade Center” on Netflix. It showed me what I’d wondered about over the now nearly twenty years since that day.

So, I’m writing to you today, as I hope no one who has survived as those of you who were trying to save lives should ever feel guilty about your survivals. You should never feel that what you did didn’t matter. It mattered. I’m letting you know from the bottom of my heart, your attempts/efforts and your survivals mattered and matter to this very day. And will always matter. ---Jody-Lynn Reicher