Angels on Their Shoulders 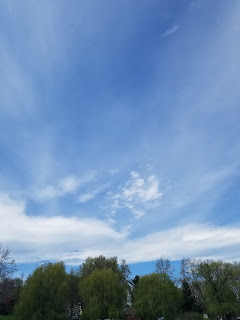 Angels on Their Shoulders

This past Sunday I was on the phone in the early morning hours. My two daughters were still fast asleep, I was in the process of just waking up when a friend called me. I knew, I had to pick the phone up. We’d been playing phone tag for weeks on end. He in Florida, me in New Jersey. And when we get on the phone, it’s never for a few minutes, more like a few hours. No kidding. So, I knew to pick the phone up.  He always has words of wisdom.

The way I know this about the man, who has been not just a friend since 1998, yet also my ultra-running coach from 2001-2008, as well. The man who had me run fifty miles with him, twenty-five miles with him in the sand of the pine barrens of New Jersey on Saturdays and some Sunday mornings, early. We’d ran as much as fifty-seven miles together over an eight-hour period. We shared water bottles, food. I’d turn the other way or taxi down the road on foot when he needed to, ehhhh hmmmm.  And I worried when as he, my coach would be projectile vomiting from hyponatrimia  and heat exhaustion in one of the runs. We’re buddies, when you go through that. You have each other’s back. My husband always liked him and trusted him with his judgement of my running. That says a lot right there about another human being, coming from my now deceased husband.

So, this past Sunday morning we’re on the phone, as I listen, and brush my teeth, clean the house, clean the pet litter boxes and such, quietly. I tell him prudently, how my now deceased husband is an angel on my daughter’s shoulders. I thought this long-time friend is going to laugh at me. For he was Catholic. However, for the past forty years he’s been pretty much a Buddhist. I thought Buddhists probably don’t believe in angels, never mind Divine Intervention, right? Wrong.

So, after I tell him of incredible blessings of the last seven weeks, I say, “Hey. I just gotta’ tell yah. There was an angel on their shoulders. I’m just saying. No one could believe it. And they too thought so. And by the way, your Dad had an angel on his shoulder when Nazis were probably going to kill him, ‘cause he wouldn’t join them in Hitlers Army, way back. Instead, they let him and his two buddies walk away scott-free. Like nothing. Waiting to ,be shot in the back”  He then interjects, “Actually, have I got a story for you.” I reply, “Do tell.” I’m thinking he’s going to try to show me how ridiculous my Angel/Divine Intervention thoughts are.

He begins, “Did I ever tell you about the time my Dad was crewing me solo at age seventy-one in 1995 for my Trans-America Race?” I reply, “As a matter of fact you only mentioned two five-minute segments. That was like a 3,000 mile stage race or something, right?”  He responds, “More or less. So, I never told you this story, mostly likely.” I reply, “Do tell.” He begins, “So, my Dad is driving on a highway in Utah. You know he was born in 1924. So, here he is running an errand for me during this race across America. Something happens, cut-off or something. It was a highway like Route 80 in those long stretches in Pennsylvania, but this is Utah. So, he’s going sixty miles per hour or there about. He gets cut off. He loses control of the car, crashes. The only thing he remembers is a person came to him as he felt he was going to die. Because the crash so horrific, he should have been dead.”

My Friend continues, “So, after the car stops crashing, there appears as if an end to his life. Then this person helps him out of the car.  He is unscathed. The car is totaled.  No one can believe he survived at age seventy-one and without a scratch. They do not know how he got out of the car. He explains a woman helped him. Yet, there is no one around by his description. She just disappears into thin air. It gets better. The authorities didn’t even see a woman near the site, nor on the highway. My Dad swears it had to be an angel. My Dad then at seventy-one, gets a ride to a car dealership that day. He buys a brand new car that day and continues to crew me for the remaining days and weeks ahead to the finish line of the race on the east coast. So, it had to be nothing else that assisted my Dad, than an angel.” On a side note, my friend was first American across the finish at the end of the race that year.---Jody-Lynn Reicher