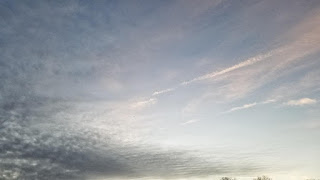 A lesson my oldest had learned and re-learned recently was that people even the most self-proclaimed religious people can lack faith in anything and everything. That no non-religion or religion is a declaration of one’s goodness. As well, most people omit or cover-up what they consider their ill-deeds from others. And most people lie. Something I could not fathom most people doing till I was about thirty-eight years old. She now knew at eighteen. It’s not that I didn’t know that. It was the percentage of people that did something I thought was probably one of the worst sins in the world, and that is lie. Mind you, I may not ever become a politician.

As well, that most people will believe their lies and perfection is everyone else’s too. It is because they convince themselves that others have it easier, than them. Yet, the reason they are seeing it this way is because they are mentally lazy. They don’t deserve what you have. What you’ve worked for. Because if they did approach the effort, they fear it could break them. Doing it cheaply without true work daily, weekly, monthly, consistently, year after year work. Not doing it with such consistency would tarnish those types of achievements. It would cheapen them.

Those jealous people decided long ago not to dig down into themselves and acknowledge they did not truly do their best, for whatever it was that they desired to have that was attainable.  So, they then allow their little mind, their ego to tell YOU that they do not have the luck or wealth they think you have. When clearly, they know nothing of where you came from, who your parents were and the struggles that got you where you are today. And that the fight has, is and will always be something we ALL have to contend with.

Yes, if you look contented, miserable people may hate you. They will throw more than darts at you. They’ll throw spears.  They will call you ugly names and try to stone you to death. They’ll make excuses for their behaviors. They want what you have, and they want to disenfranchise you. They want to defame you.

My mother told me long ago, “Jody, people won’t be happy that you’re happy. You look so content. That show of contentment will make people jealous. They will hate you for that.” She implied to hide any happiness or contentment that I had. Why? Because she had been harmed greatly as a child who smiled, appeared contented. It was not just other children. It was adults. People who knew what they were doing. They knew the harm that they willed to inflict upon her. And some did so. I’ve taught my daughters that when someone says something that seems half ill to you and they state they are kidding, do NOT believe them, it is an intentional ploy to harm you.---Jody-Lynn Reicher