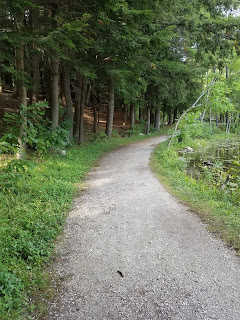 When you die you don't have pockets. Whatever happens here and now, is current. There is no bringing it to the next life level, wherever that may be. So, when people are NOT forgiving. Or when people want more than the millions and/or the power they suggestively wield, it is in essence an illusion to their ego. And a deceit to their soul.

An illusion to one's ego can not only be damaging to society, it can also be deadly to society. A deceit to one's soul is usually beyond repair. Especially, if its packaged in such a way that there is no recognition to it by it's owner.

There are books about Karma. There are books ancient books that tell of stories, such a the most known of Job in the Old Testament used by a variety of religions. Similar examples to that, could be found in the Bahgahva Gita, the Hindu book. I know, I own it, have read and studied most of it. Arjuna questions what evil befalls humans. Apparently like Job questions of why bad things happen to good people.  As well, is explained in the internationally known book by a Rabbi, "When Bad Things Hapoen to Good People".

There are sayings such as: "My dharma to your karma." Or "Don't throw the baby out with the bathwater." Or "Those who live in crystalline domiciles, should not hurl geological specimens." Or "Why do you see the spec that is in your brother's eye, but the log in your eye you do not notice?" We have all of these sayings as eloquent reminders of how not to speak, nor think in an attempt to hold grudges or be vindictive towards other humans.

All those aforementioned sayings in an essence, also speak directly or indirectly of when pointing the finger and/or holding a grudge. That those pointing and grudging feel they are beyond repute, are condemning themselves.  And the condemnation will infiltrate their souls to a point that they will be climbing out of that negative depository here on earth, for remainder of the here and now of their earthly lives. Even, if one believes their sins are kept hidden or in deceit. There is no hiding from our cellular structure.  Nor the air that we breathe. And the one who listens with tight lips.---Jody-Lynn Reicher