Listen to the 'Experts' 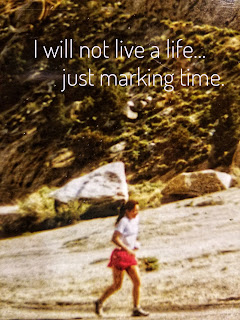 "Always listen to the experts. They'll tell you what can't be done and why. Then go ahead and do it". --- Don Ward.

And so it goes...: In 1969 my Mom was told by my first grade teacher, Ms. Davis, "Your daughter will not make it out I'd first grade.". I had failed the first of two marking periods in Math and Spelling. At the end of the year I had straight A's. I was told in May of 1974 I did not have the ability to run fast and that I should not wear sneakers. In October of 1976  I received Honorable Mention All County, Varsity Letter as a Freshman on our Cross-Country Team. This after just beginning to run long distance July 1st 1976.  I was told that men in the Marines would never accept me. Nearly three years after being a Marine, my Captain at 2:30 am called to me, after I put in a sixteen hour shift. He asked me to step outside. I thought, Uh Oh.  Captain Smith said, "At Ease, Corporal. I wanted to tell you something. I never believed women belonged in the Marine Corps. But you were one of the few Marines that didn't complain about the bad food and hours put in. Then I heard you had ran at 4:30am in the morning behind the firing range. Thank you. You changed my mind. You belong."---Jody-Lynn Reicher